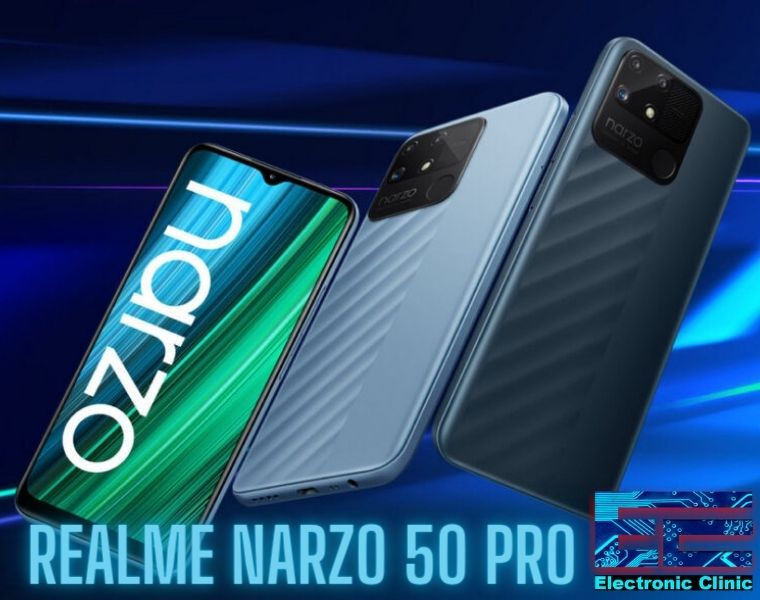 The display of the Realme Narzo 50 Pro is awesome. It is SUPER AMOLED, 6.4 inches, 90Hz, HDR10, and 500 nits (peak) brightness display.  It is also Full HD+ with a PPI density of 411. Which makes it punchier and more powerful, more colorful. It is a SUPER AMOLED panel so it does have deep blacks with deep contrast. The gaming experience is also going to be very good because of its 90Hz display and also the content watching will be brighter. Thanks to DCIP3 technology. There are going to be some issues using this display outside because of this 500 nit’s brightness. The display is fast and have good colors and with good touch sampling rate. The display is protected by the Corning Gorilla Glass 5.

The Realme Narzo 50 Pro has one amazing design. With the new design, it looks more futuristic and strong. The rear is made of plastic. The frame is made from plastic, which makes it lighter. There’s no IP68 water and dust resistance. Realme Narzo 50 Pro is lighter in terms of weight and thickness. In this Realme Narzo 50 Pro, we got to see the better design and the better back. Which is good to see on the mid-range phone. It’s protected by a plastic frame that’s why it makes it lighter by 181 grams. Talking about the design, the Camera bump is quite a good place. The fingerprint scanner is located on the home button. Which is fast and can be more accurate than the in-display fingerprint scanner. I personally like in home button fingerprint scanner. 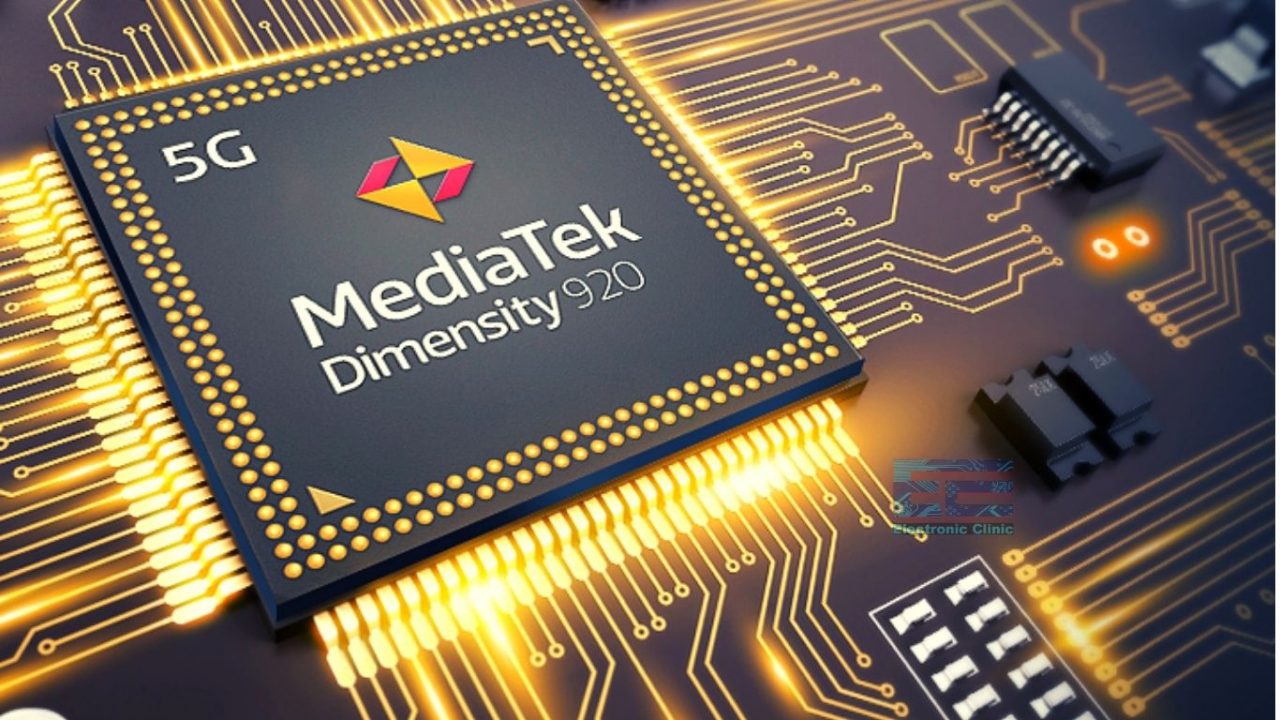 Now let’s talk about this performance of the Realme Narzo 50 Pro. Realme Narzo 50 Pro comes with MediaTek Dimensity 920. Which scores great on Antutu 9 benchmarks. It also makes the phone experience much smoother. The gaming experience is also going to be on another level. Thanks to a Super AMOLED display and 90 Hertz refresh rate with the MediaTek Dimensity 920. The Mali-G68 MC4 is one of the powerful GPUs in a mid-range phone, which makes the Realme Narzo 50 Pro more powerful than other mid-range smartphones. You can play PUBG Mobile at high frame rate thanks to the two big cores of Cortex A78. The two big cores of Cortex A78 are clocked on 2.5 GHz which is fast for a mid-range chipset. This chipset is fabricated using 6NM which will also help to save battery and produce less heat. The GPU clock is 950 MHz which is also fast and will be power efficient. The L3 caches memory is 2MB which is fast.

The Realme Narzo 50 Pro comes with two variants of ram 6GB RAM, and 8GB RAM, which is clocked on 2133MHz with 2 channels of ram. That’s amazing giving 8GB of ram with the MediaTek Dimensity 920. There is only one storage option which is 128GB. The Realme UI 3.0 with Android 12 makes this phone smoother and powerful and also power efficient. This is a mid-range phone so there is also SD card support on this Realme Narzo 50 Pro which can support SD cards up to 512GB which is freaking awesome. The storage is based on UFS 2.2 which is the fastest in mid-range phones. The UFS 2.2 also gives you good reads and writing speeds.

Now let’s talk about the benchmarks. The MediaTek Dimensity 920 has good CPU scores in the Geekbach 5. The single core score is 763. This is quite impressive when it comes to single-core performance and also the multi-core which is 2271. Which is a lot faster than the last gen MediaTek Dimensity 800. The single core performance is good. This means the application opening will be faster and quicker. The multi-core scores are also good. This can hold applications in the background for a long time. And it won’t affect the speeds.

Now let’s talk about the Antutu 9 scores. The GPU is greatly optimized and has good scores, which is 126933 for a Mid-range smartphone. The GPU is a lot slower than the Snapdragon 778G which is a bit odd to see. The CPU scores are 139525. Which are a little bit faster than the last gen Mediatek Dimensity 900. The CPU scores great thanks to the 6NM fabricator. The CPU also has a good architecture based on big Cortex A78 cores. The memory also scores great. Which is 88790. The UX scores 132000. Which is fast enough to handle the dynamic refresh rate of the Realme Narzo 50 Pro. The memory speed is a little bit slower but it’s fast enough. If they would’ve given the UFS 3.1 support then the memory would’ve been a lot faster. This processor can support the screen refresh rate at 120Hz. So, the UX also shows the best scores for a mid-ranger Processor. So, the UX also shows the best scores for a Mid-range Processor. The MediaTek Dimensity 920 scores more than the Qualcomm Snapdragon 732G in the Antutu 9 benchmarks in the Realme Narzo 50 Pro.

When it comes to charging. This phone can support fast charging of 33 watts. It is quite impressive that this phone can charge fully in 72 minutes. There is no fast wireless charging support. The Realme Narzo 50 Pro comes with a 5000Mah battery. Which is just enough for daily usage. The Realme Narzo 50 Pro has a full day battery on a single charge it can live long up to a day.

The main sensor is 108mp. Which is Samsung S5KGM1. Samsung S5KGM1 sensor can be seen in a lot of smartphones in the budget category. The main camera saves 12-megapixel images by default. These are all right with enough detail for this class and true-to-life colors the dynamic range is good. This sensor is brighter and big. Thanks to the aperture F/1.8. This sensor can take stronger portrait shots and can take great shots in the nighttime because it’s combined with a wider aperture. This sensor is very good at maintaining a good dynamic range in harsh conditions. This sensor is also good at taking very amazing portraits with strong bokeh and good depth of field. The Realme Narzo 50 Pro doesn’t turn night and day but can take best night shots. It is a 48MP sensor so, combining that with the great software can result in the best in smartphone photography. The autofocus in this camera sensor is incredibly fast. The sensor is a dual pixel. Overall the sensor is big, bright, and powerful.

There is also a 2mp macro lens and a 2MP Depth lens. Which is not used regularly. These camera sensors can take good shots with amazing details, and amazing sharpness. The main lens also has optical image stabilization. Which is not as good as the flagship phones but still can do a good job while taking photos or making videos.

Realme Narzo 50 Pro has a headphone jack. It’s a Midrange smartphone so, it has Stereo speakers with Dolby atoms support. The speakers sound well. You can listen to music and can take calls with these speakers. It’s also supported by Dolby Atmos which makes the sound experience on another level. The speaker has a nice amount of bass in the sound. You can feel the beat with the nice sound. There are two speakers one at the bottom and another at the top. The top speaker is also used to take calls. The sound quality of Realme Narzo 50 Pro is A+. There is also a 3.5-millimeter headphone Jack because it’s a mid-range phone. This is a mid-range smartphone so there is also a headphone jack.

Considering this phone for gaming and for daily usage then it’s a good option. Realme Narzo 50 Pro is rich in specs. It has an amazing display with a new design and with a bigger battery. The performance of this smartphone is also great thanks to the MediaTek Dimensity 920. This processor contains big two cores of Cortex A78. Which makes the performance of this smartphone to the next level. This chipset is also 5G which is great to see on a $300 phone. I highly recommend this phone to buy if you are looking for a good budget smartphone.

So, this was my review of the Realme Narzo 50 Pro. This phone has an amazing chipset with an amazing camera. So, I highly recommend buying this phone if you are looking for a good value mid-range phone. If you guys learned something new then make sure to check out my other articles as well as my YouTube channel.