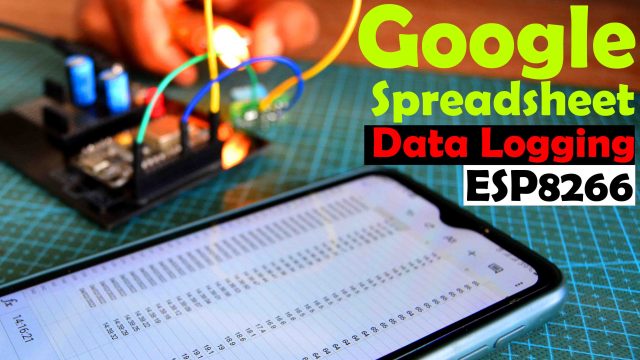 Google Spreadsheet or Google Sheets with ESP8266 Nodemcu for Data Logging, Temp & Hum DHT11- So far I have covered majority of the IoT platforms for monitoring different types of sensors and for controlling different types of electrical devices. Usually for the real-time sensors monitoring I display the sensors values on the Gauges and for this I mostly use Blynk IoT platform, Ubidots, and Thingspeak etc. In majority of the cases only displaying the sensor values is not enough. There are guys who are interested in the data logging for the post analysis. The sensors data logging service offered by majority of the IoT platforms isn’t as impressive as offered by the Google which is absolutely free, highly secured, fast, and reliable. In this article, I will be using Nodemcu ESP8266 WiFi module with Google Sheets for the sensor data logging. Google Sheets is a spreadsheet program included as part of the free, web-based Google Docs Editors suite offered by Google.

Read my latest Article on How to send data from Google Spreadsheet to ESP8266 or ESP32.

Since this is my first time using the Google sheets for the Sensors data logging; so, I will try my level best to explain each and every detail. I will be using DHT11 Temperature and Humidity sensor as this is the most basic and easily available sensor. Once you learn how to send the temperature and humidity values to the Google Spreadsheet then you can replace this sensor with any other sensor of your choice. So, before, I am going to explain the circuit diagram, programming, and how to get started with the Google sheets, first let me explain; how this projects works. 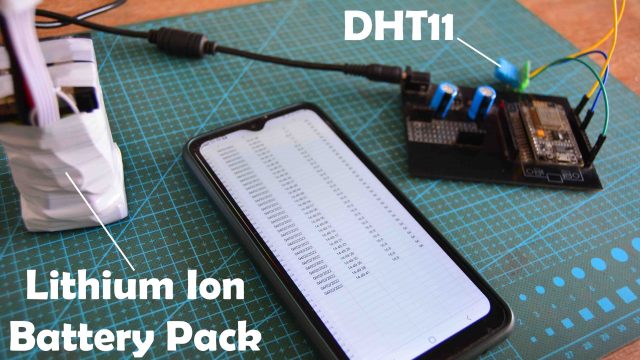 I am using my homemade 4S lithium Ion battery pack for powering up my Nodemcu ESP8266 Development board. Read my article on how to make 3S and 4S lithium Ion batteries pack, if you want to make the same battery pack. As soon as I powered my Nodemcu ESP8266 module, after a few seconds I started to receive the data. The temperature and humidity values are stored along with the date and time information. For the demonstration purposes I am using a short delay in the programming, if you want you can increase the delay time. It’s totally up to you whether you want to send data after every 1 minute or 10 minutes, or 1 hour.

Anyways, you can also open the Google spreadsheet using your laptop or computer; again it’s up to you whether you want to use your computer or your cell phone for the monitoring and post analysis. Since this is an IoT based project so, you can monitor the temperature and humidity values from anywhere in the world. One thing that I really liked about the Google sheets is that; if you share the same Google account with multiple users then all the users  can monitor the same sensor from anywhere in the world.

As this is a getting started tutorial, that’s why I only started with the DHT11 temperature and Humidity sensor, if you want you can use multiple sensors, just go ahead and give it a try and if you face any issues then let me know in a comment. Anyways, now you have got the idea of what exactly you are going to learn after reading this article. Without any further delay, let’s get started!!!

ESP8266 is a highly integrated chip designed for the needs of a new connected world. It offers a complete and self-contained Wi-Fi networking solution, allowing it to either host the application or to offload all Wi-Fi networking functions from another application processor.
ESP8266 has powerful on-board processing and storage capabilities that allow it to be integrated with the sensors and other application specific devices through its GPIOs with minimal development up-front and minimal loading during runtime. Its high degree of on-chip integration allows for minimal external circuitry, and the entire solution, including front-end module, is designed to occupy minimal PCB area. 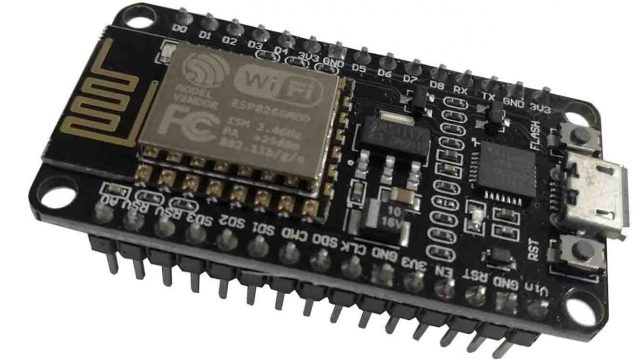 The single-wire wiring scheme makes it easy to be integrated to other applications and the simple communication protocol greatly reduces the programming effort required. 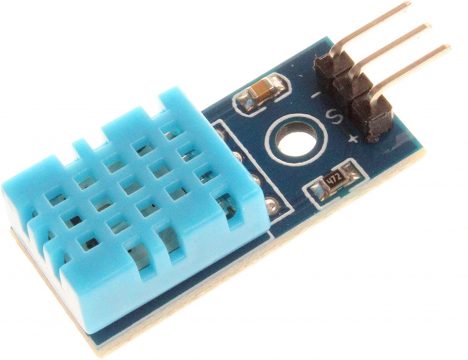 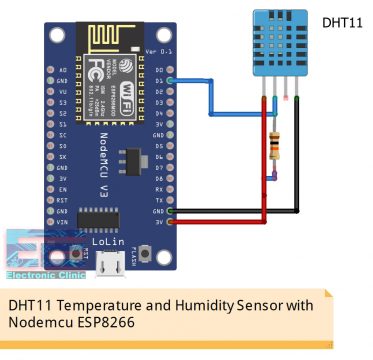 If you are just getting started with the Nodemcu ESP8266 and DHT11 Temperature and Humidity sensor then these are the minimal connections which you will need for this project. You can power up your Nodemcu module using your laptop. Connect the VCC and GND pins of the DHT11 sensor with the 3.3V and GND pins of the Nodemcu Module; and connect the Data pin of the dht11 sensor with the digital pin D1 of the Nodemcu module. Don’t forget to add a 10k ohm resistor between the VCC and Data pins of the DHT11 sensor. Now, let’s take a look at the other circuit diagram.

This circuit diagram is for those guys who want to power up the Nodemcu module using an external power supply. As you can see the DHT11 sensor connections with the Nodemcu ESP8266 WiFi module remains exactly the same. On the left side is the regulated 5v power supply which is based on the 7805 voltage regulator. J1 is the DC female power jack and this is where we connect a 12v adaptor, battery, or a solar panel. Don’t forget to add these 470uF decoupling capacitors. 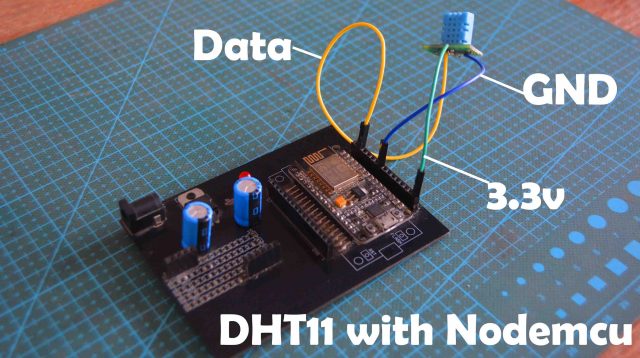 Here is my Nodemcu ESP8266 WiFi module based development board which I use for testing my IoT based projects. If you want to make the same development board then you can read my previous article. Anyways, I interfaced my DHT11 sensor with the Nodemcu module as per the circuit diagram. My connections are completed and now let’s start with the Google sheets, there is nothing complicated just follow the same exact steps.

Altium Designer is the world’s most trusted PCB design system. Altium Designer enables engineers to effortlessly connect with every facet of the electronics design process. Over 35 years of innovation and development focused on a truly unified design environment makes it the most widely used PCB design solution. With Altium Designer you can create PCB designs with an intuitive and powerful interface that connects you to every aspect of the electronics design process. Route it your way through any angle, tune for the delay, Push, Slide, and Walkaround faster than ever. Interact and collaborate with mechanical designers like never before in a photo-realistic, 3D design environment. If you want to get started with the Altium designer, you can click on the get started. 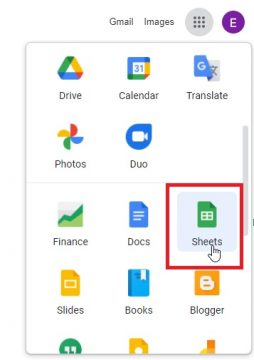 After that we will click on the blank in order to create a new spreadsheet.

After that we will give the title name of the project and then in columns we will write the date, time, temperature, and humidity.

After that we will click on the untitled project and give the name to the project which is DHT_monitoring and click on the ok.

After that paste the following code in it.

In the above code we will make several changes in the var_sheet id we will paste the code copied from the spread sheet main page which is shown below in the diagram. 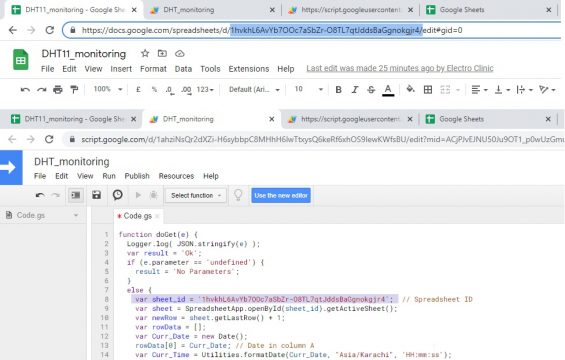 We can change the time by changing the command

As the Pakistan time is based on the Karachi so we will write Asia/Karachi. If you are living in India then you will write Asia/New Dehli. You can search the time zone of your country and replace it. After that we will click on the publish and then click on the deploy as web. 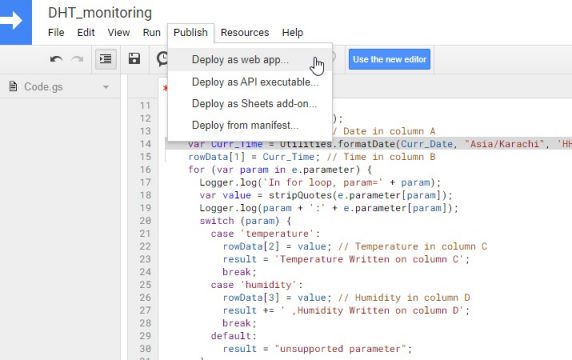 Then we will select the “anyone even anonymous” and click on the Deploy. 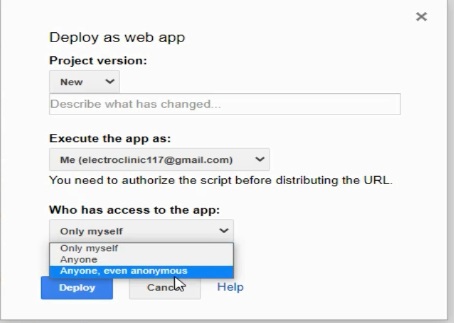 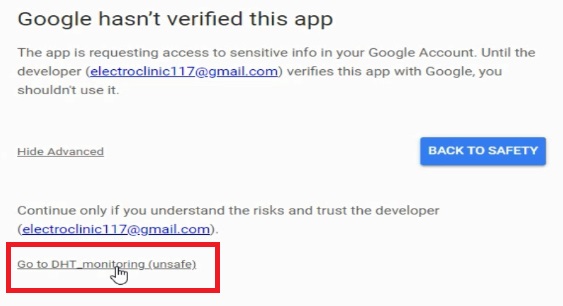 After that we will click on the allow button.

After that we will copy the script url and click on the ok.

Upload the above. Power up your Nodemcu ESP8266 module, next open your spreadsheet App on your cell phone or computer and you should be able to receive the temperature and humidity values along with the date and time information. 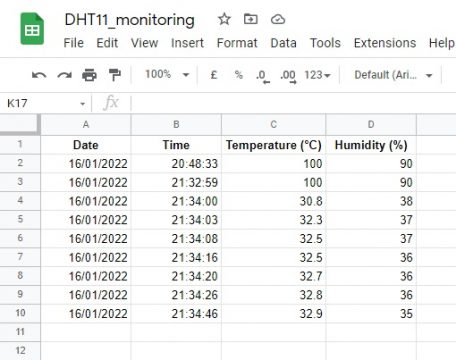 For detailed explanation and practical demonstration watch video given below.

Firebase in android studio with example