Does this Xiaomi Poco X4 GT really live up to its hype? So, I’m going to give you a complete review of its Display, Design and build, Performance, Memory, Storage, Software, Battery, Camera, Main camera, Lenses, Selfie camera, Connectivity, Network, Sound, and pretty much everything that comes in this device, I will tell you my final thoughts about this phone, also I’m going to tell you it’s price. 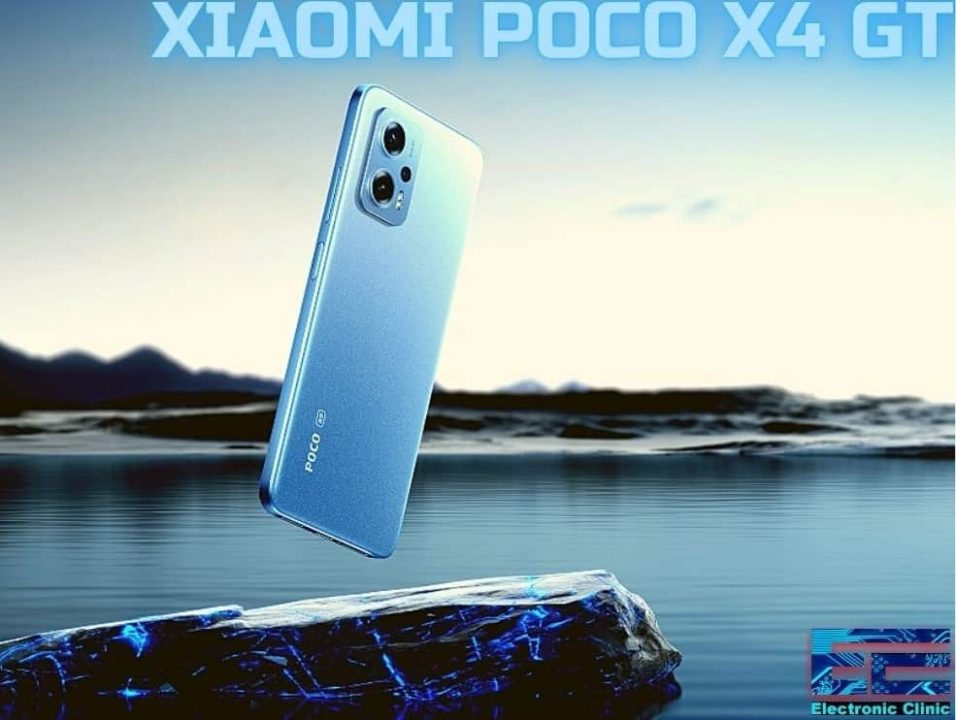 Xiaomi Poco X4 GT has an amazing 6.7 inches IPS LCD, 144Hz display, HDR10 support, and a peak brightness of 655 nits.  It is also Full HD+ with a PPI density of 407. This display is faster and more accurate with 144Hz support. The gaming experience is also going to be very good because of its 144Hz refresh rate and also the content watching will be good with deep blacks and high contrast ratio. Thanks to DCIP3 technology. Xiaomi Poco X4 GT is using the IPS LCD panel. Which is good and can deliver faster performance with no touch lag issuers. The display is also protected by Gorilla Glass 5. Screen to body ratio is 85.1% which will give you thinner bezels. The display ratio is 20:9 which means content watching will be amazing.

Xiaomi Poco X4 GT has a nice camera bump on the back. Which makes it look futuristic and strong. The rear is made of Glass and the frame is made of plastic, which makes it a little lighter than other Flagship smartphones. There’s no IP68 water and dust resistance in this Xiaomi Poco X4 GT. The phone is protected by a plastic frame that’s why it makes it a little lighter by 200 grams. Talking about the design, the Camera bump takes up so less space for the camera itself. I mean we are talking about a nice-looking camera bump of this phone. The fingerprint scanner it’s located in the in-home button and has some amazing speeds because of the new big optical sensor in the home button.

Xiaomi Poco X4 GT is launching with the most-fastest chipset which is MediaTek Dimensity 8100. Which scores in the top 3 in AnTuTu 9 benchmarks. These higher performance cores make the phone experience much smoother with the 144Hz display. The gaming experience is also on another level with the new cooling system in this smartphone. The Mali-G610 MC6 is one of the most powerful GPUs on this planet right now, which makes the Xiaomi Poco X4 GT more-faster than other Flagship smartphones. I already published a complete article on this chipset you can check that out here MediaTek Dimensity 8100. We will talk about the AnTuTu 9 scores in a minute but first, let’s take a look at the memory and storage.

Xiaomi Poco X4 GT is launching with 1 variant of ram and 2 variants of storage which are 128GB 8GB RAM, and 256GB 8GB RAM. And with the new MediaTek Dimensity 8100, the performance will be much smoother. The ram is LPDDR5 with a memory frequency of 2750MHz. Xiaomi Poco X4 GT has the fastest UFS 3.1 storage. Which will load the apps much faster. There is no SD card support which is no issue because you can get a 256GB model.

The Xiaomi Poco X4 GT is going to be launching with Android 12 straight out of the box. Which is more customizable than Android 11 and has tons of new features. This new custom ROM is optimized well with new cool animations and wallpapers. This new MIUI 13 fixes old bugs like touch lags, camera app improvements, new layouts, improved dark mode, and a new gaming turbo engine. XIAOMI is known for its good software optimization with its new custom ROM.

Xiaomi Poco X4 GT has 3 cameras at the back and main the camera is so amazing that it can take some amazing shots. The Xiaomi Poco X4 GT main Camera is 64 megapixel F/1.9. What makes this camera setup even more awesome is that this camera lens is combined with the wide aperture of F/1.9, the wider the aperture the more light will it collect and the more sharp the image and video quality will be. This Xiaomi Poco X4 GT can record video at 4K at 60 FPS. This is amazing the video will contain more details thanks to its good optimization software and the high-end processor. You can also record 1080P at 120FPS which will be slow motion. There is Digital image stabilization on the main lens only. which is no impressive as optical image stabilization but, this will make the camera experience more stable and more accurate. The Xiaomi Poco X4 GT has 2 more camera sensors. Let’s talk about that in detail.

As I mentioned above that this 64 MP sensor is good. But this Xiaomi Poco X4 GT has 2 more camera lenses. There is another camera sensor of 8MP which is an ultra-wide camera. The field of view is 16mm which is wider. This camera sensor also has some amazing autofocus. This sensor can take amazing shots with high accuracy. Its aperture is F/2.2, which makes it sharp and contains good tons of subjects. This Xiaomi Poco X4 GT has an amazing camera setup, with fast autofocus lenses, high sensors, and good software optimization. There is another 2MP macro camera which is useless in most situations because it’s only 2MP.

When it comes to selfie cameras the Xiaomi Poco X4 GT has a single punch whole camera of 16MP which has the largest pixels. This single-punch whole camera contains some awesome details when it comes to daytime shots. At night time this camera sensor struggles a lot.  And what makes me more concerned is about its aperture because its aperture, which is only F/2.45 which means the photos will look not accurate as other smartphones, also this camera will suffer a lot at night because the sensor is not that wide to capture more light thus leaving us in disappointed. The camera video capabilities are also kept at 1080P at 30FPS only.

This Xiaomi Poco X4 GT is launching with the Wi-Fi 6 which is faster, more efficient, and gives you less latency when compared to the Wi-Fi 5. Which will make the user experience smoother and faster. There is also the support of Bluetooth 5.3. Which is also faster and more efficient than version 5.2. Poco X4 GT has the USB type C gen 2.0 support which makes sense because of the 67 watts of fast wire charging so it must need more bandwidth for charging speeds. It also helps with data transfer because it helps with faster read and write speeds. Xiaomi Poco X4 GT also has NFC support which is also useful. You can pay, and transfer files at high speeds thanks to NFC support.

The Xiaomi Poco X4 GT comes with stereo speakers. This Poco X4 GT has nice sound quality with a nice amount of bass in it. This will help in gaming because there are two speakers one at the bottom and one at the top which will help gamers. Video watching and hearing to music also going to be good. There is no 3.5mm headphone jack which is neither good nor bad.

The Xiaomi Poco X4 GT is going to launch in three different colors. Black, Silver, and blue. XIAOMI is known for its premium colors with good contexts. I like the Black color because it looks better than these two colors.

This smartphone is costing around $400 which is way cheaper than the Samsung Galaxy S22 Ultra and the iPhone 13 pro max.

If you are looking for a good Flagship phone, good gaming phone, good design, good display, and amazing performance then this Poco X4 GT is worth buying. Because it has all the needs that a good consumer needs.

So, this was my full review of this Xiaomi Poco X4 GT.
If you guys learned something new then make sure to check out my other articles as well as my YouTube channel.