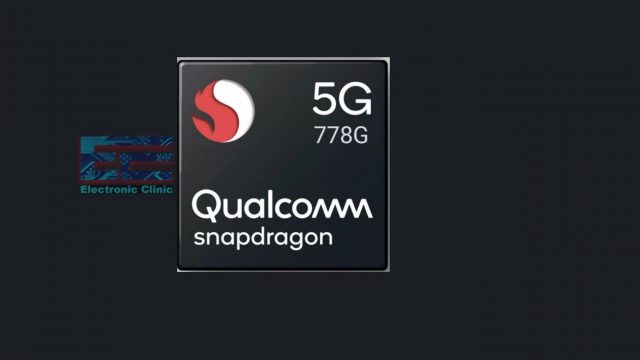 The single-core scores show the best performance in this smartphone mid-range category lineup. The single cores scores are 769. And the multi-core scores are 2797 which is also good at this point. The multi scores are good with the new architecture and with the ARM version.

Qualcomm Snapdragon 778G launched with the Big 1 core of Cortex-A78 which is an ultra-high performance core it is clocked on 2.4 GHz the other 3 cores of Cortex A78 are clocked on 2.2GHz. The other 4 cores is based on Cortex-A55 and are clocked on 1.9GHz, which are power efficiency cores. There is a little disappointment that why they haven’t used the Cortex X1 or X2. If they would’ve used the new architecture then it would’ve been more powerful. But the Cortex-A78 also has the best speeds and good set instruction architecture. There are a total of 8 cores with a boost clock of 2.4 GHz. Qualcomm Snapdragon 778G has the latest set instruction architecture. It is not considered fast but it is strong enough to beat some of the latest and power-full Chipsets. Qualcomm Snapdragon 778G is fabricated on 5Nm. This means Qualcomm Snapdragon 778G will be power efficient and will consume less battery and will produce less heat. This chipset will have better background optimization thanks to the big L2 cache memory of 2MB. The TDP shows 5watts of power consumption which is good and will consume less battery.

Qualcomm Snapdragon 778G uses the new LPDDR5 ram with the memory frequency of 3200MHz and uses the bus of 2×16. The ram may be changed according to the smartphone manufactures, like XIAOMI, REALME, VIVO, etc. The memory frequency is also going to be changed according to the smartphone manufacturers. The max memory bandwidth is 25.6Gbit/s which is also faster than the Qualcomm Snapdragon 765G which was used in Oneplus Nord. The max ram support on this chipset is 16GB which is good with the new high speeds of UFS 3.1 storage it’s a great combination.

Qualcomm Snapdragon 778G is lunched in these 10 smartphones. As you can see all smartphones score differently. Oppo Realme Q3s is at the top. Which is a considerably great phone with this chipset.

So, this was my full review of the Snapdragon 778G if you want to check out more articles like this then check the reviews in the menu. Also, do check out my YouTube channel. Thanks.