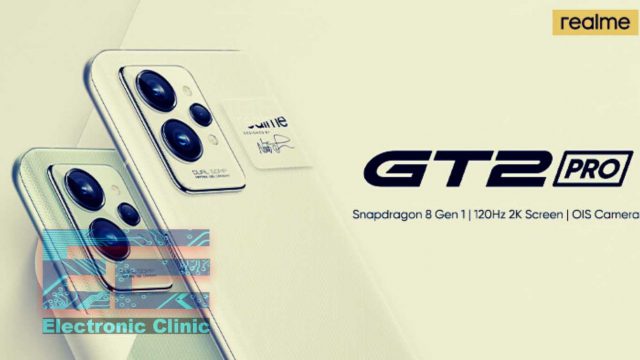 Hey, what’s up guys? Welcome back to my website. In today’s article, we are going to review the Realme Gt 2 Pro. I was waiting for this phone for a long time. The REALME GT series is one of the best series of the Realme lineup. The main highlights of this Realme Gt 2 Pro are; They are using a 6.7 FULL HD PLUS display, 50 megapixel camera, newly launched snapdragon chipset and the 5000mah battery. Let’s start with the full review.

Now let’s talk about the display. They’re using the super AMOLED 120Hz display with a PPI density of 509 and also the resolution is kept on quad HD plus. The display is much brighter than other smartphones at this price point. It’s also supporting the HDR10+ this means the gaming experience and the content watching is so good. Thanks to the 120Hz refresh rate the display will be smoother and more power-efficient because of super AMOLED. The gaming will be smoother because of this 120Hz refresh rate. The display is also protected by the gorilla glass victus, which is the strongest that you can get on the market right now. The display also has a high PPI so it’s punchier and more enjoyable. There will be no issues using this display outside in daylight thanks to the 1392 nits of brightness.

The Realme Gt 2 Pro have the world first snapdragon 8 gen 1 and also tops the Antutu 9 benchmarks scoring the 1million + and tops the 3d mark also. The Realme Gt 2 Pro is providing smoother experience because of this chipset. This smartphone is also have the top end cameras and combining that with this chipset makes the camera performance on another level. The gaming experience in this device is also greater thanks to the 120h refresh rate and in this chipset. This phone can support 90fps in the PUBG Mobile and also has the highest frame rate in every game. This processor has also top-end CPU cores with the new architecture the cortex x2 at 3 GHz. This smartphone also has one of the high-end GPU well it scores at No # 1 in the smartphone industry and gaining unimaginable performance. You can see my full review on the snapdragon 8 gen 1 (link of the snapdragon 8 gen 1). I’m far happier than I thought because this phone is launched and with the snapdragon 8 generation 1 the fastest and the most powerful processor yet to be launched. They are using the Adreno 730 GPU.

The Realme Gt 2 Pro comes with two variants of ram. The base model have the 8GB of ram the peak model have 12 GB of ram. It also uses two channels, but if you can check out my full review I mentioned this processor can support the 4 channels memory. It’s also using the LPDDR5 the fastest ram you can see in the smartphone lineup. The Realme Gt 2 Pro also comes in three variants of storage. The base model is 128 GB and the peak model is 512GB. The storage type is also the fastest UFS 3.1. There is no SD card slot because it’s a flagship phone. The storage is 512GB which is a lot to take in this device. There is no SD card slot because this phone is flagship but there are a ton of the variant of this phone the peak variant is 12 GB of ram and one 256GB of storage wow. The base variant is 8 GB of ram and 128 GB of storage and also the storage will be running on ufs 3.1 which means you got to see the better read and write speeds.

The geekbench 5 shows the best scores I’ve ever seen in the realme lineup till now. It’s faster than almost every smartphone you can get in the market except the Apple IPhone 13 pro max because the A15 bionic have the most powerful CPU. If you want to check out then (apple a15 bionic review).

The Realme Gt 2 Pro tops the 1st place at antutu 9 scoring 1031275. The adreno 730 scores at one the best I’ve ever seen whapping 447926 place itself at the most powerful GPU in a smartphone. The CPU is similar to the snapdragon 888 plus but, the memory is also faster and the ux is also better than the last-gen 888 plus. This Realme has the 2nd time to scores at 1st place and tops the Antutu 9 benchmarks. The 1st one was the Realme GT that was launched back in 2021. Now, this Realme Gt 2 Pro tops the Antutu benchmarks.

The Realme Gt 2 Pro comes with the android 12 and with their own custom UI realme 3.0. Which is far better and smoother then the xaomi MUi 13. This realme UI 3.0 is seriously fast and smooth with a 120Hz refresh rate. This UI also has so many gaming modes, charging modes, custom themes, custom wallpapers. This UI gives you full control over the animations, wallpapers, themes, dark modes, etc. The Realme Gt 2 Pro also comes with a 5000Mah battery. Which is enough for a day and also can game up to 8 hours. This battery has better timing considering this with the 65watts of fast charging this battery can charge faster and live longer. This batter can be fully charged in just 40 minutes which is awesome. 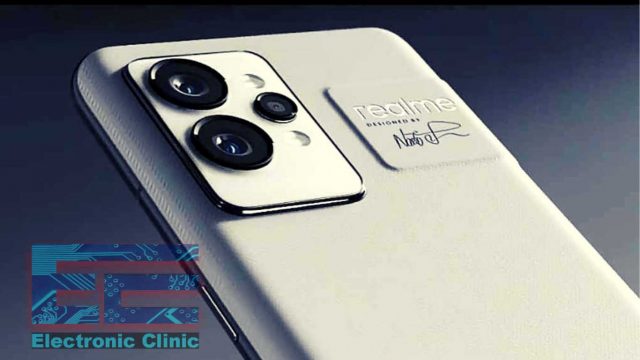 The Realme Gt 2 Pro has some of the most amazing cameras. The main camera lens is 50mp which is great and awesome to see in the Realme lineup. This smartphone can also support 8K recording which is amazing to see because in the Realme smartphone. This is the first time we see the 8K recording thanks to this 50mp camera sensor and this chipset. There is also 4k recording at 60 fps which is also great and it is also 1080p slow-motion at 240 fps which is good. The slow-motion can be very good because it can record at 1080p so this contains more details than most smartphones which records at 720p. This smartphone has the fisheye ultra-wide lens which gives you a 150 degree of angle view. Now let’s talk about the lenses. Starting with ultra-wide.

The Realme Gt 2 Pro has the widest camera lens in the ultra-wide. Its 50MP Samsung JN1 sensor is also 50MP and has features of fish eye mode which lets you use the full 150 degrees of angle view. It’s also F/2.2 which lets so capture in the nighttime with high details. In daylight, it contains high detail shots with good dynamic range. Now the main lens.

The Realme Gt 2 Pro have amazing sensor from Sony which is IMX 766. Which capture amazing shots with high details and have a high dynamic range. This sensor is one of the best sensors in the smartphone industry right now. This sensor is also capable of taking the best shots at night time with the help of binning this sensor can take more light because of the F/1.8. This camera also has optical image stabilization which makes it more stable when you use it.

The Realme Gt 2 Pro also has macro lens. Which helps you to get amazing shots of the closed subjects. This camera sensor is not very useful.

The Realme Gt 2 Pro has so many features in the camera app which is quite good and can be very useful.

The Realme Gt 2 Pro also have amazing selfi camera. Which is 32MP and can record at 1080p at 30 fps. This camera also has many features like bokeh mode, dual video mode, etc.

There is no 3.5 millimeter headphone jack because this is flagship phone. The speakers comes with the stereo speakers and support Dolby atoms technology. They are using WiFi 6.1 and the Bluetooth version of 5.2.  There is also an NFC port and the USB type c 2.0. Which is very fast in otg and in charging. The Wi-Fi 6.1 gives you better download and upload speeds.

The Realme Gt 2 Pro also supports the 5G and also has so many bands of 4G which is awesome to see the better download and upload speeds. They are using the fingerprint under-display optical sensor which is faster and quicker to respond.