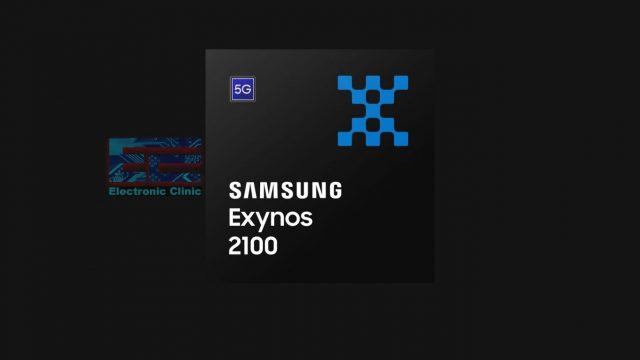 Over the last few years, Samsung Exynos is leading in the mobiles chip market, but in 2022 the company has gone so far with record-breaking new chipsets. We’ve seen some amazing chipsets like Samsung Exynos 1080, Samsung Exynos 2200 that made into top 5 the antutu 9 benchmarks, and Samsung Exynos 990 that was launched in Samsung Galaxy S20 Ultra and many more smartphones. Now that we have the full specs and full complete details of the Samsung Exynos 2100, let’s start off with the benchmarks.

Samsung Exynos 2100 launched with the Big 1 core of Corex X1 at 2.9GHz and three big cores of Cortex-A78 which are ultra-high performance cores that are clocked on 2.8 GHz. The other 4 cores are based on Cortex-A55 which is a power efficiency core. The Cortex-X1 also has the best speeds and good set instruction architecture. There are a total of 8 cores with a boost clock of 2.9 GHz. Exynos 2100 have the latest set of instruction architecture. It is considerably fast and strong enough to beat some of the latest and most powerful Chipsets. Samsung Exynos 2100 is fabricated on 7Nm. This means Samsung Exynos 2100 will be power efficient and will consume less battery and will produce less heat.

Samsung Exynos 2100 has a new architecture-based GPU. Valhall 2 is the new architecture that they are using in the Exynos 2100. The GPU is also manufactured using the 7Nm technology. Which means it will also be power efficient. The name of the GPU is Mali-G78 MP14. This is the fastest GPU in this lineup. The Samsung Exynos 2100 is fast enough to handle games like FREE FIRE and PUBG MOBILE. The GPU score is faster than the Samsung Exynos 2100 which means there will be a smooth gaming experience on this chipset. The GPU is clocked on 760MHz. The shading units are also 80 which will help in rendering the graphics in gaming. There is also DirectX support of 224 which means this processor will support the latest games without any bugs and delays.

Samsung Exynos 2100 uses the new LPDDR5 ram with a memory frequency of 3200MHz and uses the bus of 4×16. The ram may be changed according to the smartphones. The memory frequency is also going to be changed according to smartphones. The max memory bandwidth is 51.2Gbit/s which is also faster than the Qualcomm Snapdragon 855 which was used in Samsung Galaxy S10.

Samsung Exynos 2100 has the maximum display support of QuadHD+ and can support the 120Hz refresh rate with the super Amoled. Exynos 2100 is going to be very aggressive when it comes to camera support. It supports a camera of up to 200MP. The video capture is kept on 8k at 30FPS and the video playback is also 8k at 60FPS. It is good to see that this chipset has the capabilities of recording in 8K at 60FPS.

Samsung Exynos 2100 has 5G support. The Samsung Exynos 2100 also comes with a wi-fi 6 and the Bluetooth version of 5.2. This will give you better signals and better speeds. Exynos 2100 uses the Exynos 600 5G modem. It is not fast as the X65 but it gives you good speeds.

Samsung Exynos 2100 is launched in these 3 smartphones. As you can see these 6 smartphone scores are different.  Samsung Galaxy S21 Ultra is at the top. Which is a considerably great phone with this chipset.

So, this was my full review of the Samsung Exynos 2100 if you want to check out more articles like this then check the reviews in the menu. Also, do check out my youtube channel. Thanks.