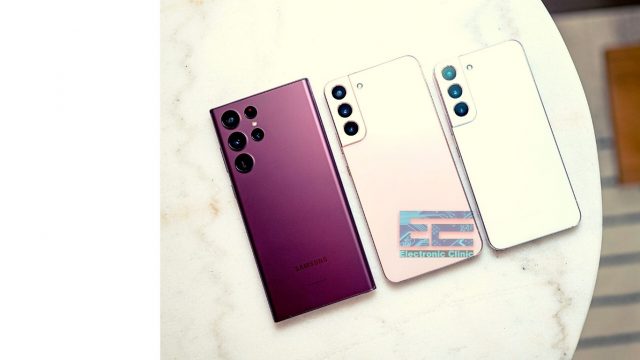 The Samsung Galaxy S22 Plus has an amazing display. Its 6.6 inches Dynamic AMOLED display with a 120Hz refresh rate. It’s also HDR10+. Which makes it brighter and more power-efficient. The gaming experience and content watching are great. The display is punchier, accurate, brighter, and colorful. It’s also protected by the gorilla glass Victus Plus. Which is the strongest in the gorilla glass lineup. Which is stronger enough to make the display protection stronger. It also has DCIP3 which makes the 500 PPI on the 6.6 inches screen. it makes the pixel more tightly together. This display is also Full HD+. The display is brighter than the last Gen Samsung Galaxy S21 Plus. The display also has features of accessing the refresh rate from 1Hz to 120Hz. This smartphone has the most amazing display that you can get on the market right now. It also features an always-on display with new features. That can be customized.

Samsung Galaxy S22 Plus has an amazing design. It’s the same design as the Samsung S21 Ultra. Which is my favorite one. The camera bump is awesome. The height, weight, is pretty much good but the phone is 195 gram. Which is lighter also good in-hand experience. The phone also has IP68 certification which is splash and dustproof resistant. The phone is lightweight because it’s made of metal and glass. The back is Glass with mate finish. The frame is made of Metal. The Samsung Galaxy S22 Plus has in-display fingerprint sensor. Which makes it more accurate thanks to its ultrasonic fingerprint reader. It’s also available in many colors like White, Black, Gray, Blue, Green, Pink, Purple, Yellow like you can pick the one by your choice. I personally like the black color with the mate finish on the back.

Considering this processor for gaming. It’s quite good because of the GPU of this smartphone. It’s Adreno 730. Which is based on 4NM makes it faster and more efficient. You can play PUBG Mobile on it and it will support full graphics giving you a stable 90Fps. I will recommend the 12GB variant because it will give more ram to handle tasks in the background. I already made a complete article on the Qualcomm Snapdragon 8 Gen 1, if you haven’t watched that review then do consider checking that.

Samsung Galaxy S22 Plus also comes in one ram variant which is 8 GB of ram. The ram is LPDDR5 which is pretty fast. The ram frequency is 3200 MHz. considering the Qualcomm Snapdragon 8 Gen 1 with the LPDDR5 ram. It’s a great combination.

There are also two variants in the storage. The base one is 128GB and the peak one is 256GB. The storage is based on the UFS 3.1. Which gives you a good read and write speeds. There is no SD card slot in this Samsung Galaxy S22 Plus.

Now let’s talk about the benchmarks. The Qualcomm Snapdragon 8 Gen 1 has good CPU scores in the Geekbach 5. The single-core score is 1169. This is quite impressive when it comes to single-core performance also the multi-core which is 3532. Which is a lot faster than the last-gen Exynos 2200.

Now let’s talk about the Antutu 9 scores. The GPU is greatly optimized and has good scores, which is 390502 for a Flagship smartphone. The GPU is a lot slower than the Exynos 2200 which is a bit odd to see. The CPU scores are 221512. Which are a little bit faster than the last-gen Qualcomm Snapdragon 888 plus. The CPU scores great thanks to the 4NM fabricator. The CPU also has a good architecture based on big Cortex X2 cores. The memory also scores great. Which is 150390. The UX scores 148902. Which is fast enough to handle the dynamic refresh rate of the Samsung Galaxy S22 Plus. So, the UX also shows the best scores for a flagship Processor. The Exynos 2200 scores more than the Qualcomm Snapdragon 8 Gen 1 in the Antutu 9 benchmarks in the Samsung Galaxy S22 Plus.

Samsung Galaxy S22 Plus comes with the Android 12. Which is a lot smoother. It comes with the Samsung one ui 4.1 which is a lot faster than the last-gen one UI 3.1. This one UI 4.1 is bugs-free and lag-free with the 120 Hz you can see the full smooth experience.

Samsung Galaxy S22 Plus has a 50MP main sensor. Which is the same sensor as the last-gen Samsung Galaxy S21 Ultra has. Which is capable of capturing the best photos with good dynamic range and good quality pics. It’s 50MP but with binning the photo size reduces to 12.5MP. There is also 8k support on this smartphone. A little disappointed to see the 8k at 30fps support only in this smartphone. It is also 4k at 60 fps which is a good option for cinematic shots. There is also a slow motions support which is kept on 720p at 960 fps. There is also an ultra-wide-angle camera. Which has a quite good angle view of 120degree. Let’s talk about the camera sensors in detail. There is also a 3x optical zoom camera lens. Which is good for taking best portraits.

The main sensor is 64mp. Which is Samsung GN5. Samsung GN5 sensor can be seen in a lot of smartphones in midrange category also. And also in Flagships like the Xaomi 11t. This sensor is brighter and big. Thanks to the aperture f/1.8. This sensor can take stronger portrait shots and can take great shots in the nighttime because it’s combined with a wider aperture. This sensor is very good at maintaining a good dynamic range at harsh conditions. This sensor is also good at taking very amazing portraits with strong bokeh and good depth of field. It is a 50MP sensor so, combining that with great software can result in the best in smartphone photography. The Samsung Galaxy S22 Plus also has one of the best optical image stabilization. It is so smooth and can make the camera steady and less noisy. When you are walking and recording something or taking some shots, you will not notice the shaking of the smartphone. The autofocus in this camera sensor is incredibly fast. The sensor is a dual pixel. Overall the sensor is big, bright, and powerful.

Samsung Galaxy S22 Plus also has 10MP of another telephoto lens. The sensor is Sony IMX772. It is 3x telephoto camera. It is also one of the best camera sensor. Its focal length is 70mm which can be very good at taking nice and smooth portraits. Its aperture is f/3.5 which is not bright but it can take enough light to take a good shot. It is also incredibly fast at autofocus. This sensor also has dual pixel. This sensor also has optical image stabilization which makes sense because at the focal length of 75mm, a little camera movement can be so shaky and you will end up taking blur shots. So, its great to has optical image stabilization on the telephoto lens.

There is also an ultra-wide lens of 12Mp. Which is Sony IMX713 . This sensor also has one of the best autofocus. This sensor can take good detailed shots with a wide field of view. The aperture of this lens is f/2.2 which is bright enough to take good shots at night time. This sensor can capture 120 degrees of angle view. With the combination of good software, it’s a very capable camera sensor.

The camera feature the pro mode, bokeh mode. There is also the support of RAW mode in the camera app of this Samsung Galaxy S22 Plus. This is great to have because it contains tons of details in video and pictures.

Samsung Galaxy S22 Plus has 10mp of selfie camera. This is also great camera considering it is 10mp with an aperture of f/2.2. This means the photos will be brighter in the nighttime. The video resolution is kept on 4k at 60fps. This sensor also has optical image stabilization. Which is very smooth and can be very useful at taking still video and taking good nice shots. This camera sensor is 10MP which contains tons of details in pictures and in videos. Its focal length is 26mm which is wide enough to take good wide shots. It also supports 4k recording at 60fps which is also a plus option for taking good quality videos. This sensor is big, bright, powerful, and contains high dynamic range in good details shots.

Samsung Galaxy S22 Plus does not have a headphone jack. It’s a Flagship smartphone so, it has Stereo speakers with the Dolby atoms support. The speakers sound well. You can listen to music and can take calls with these speakers. It’s also supported with the Dolby atmos which makes the sound experience on another level. The speaker has nice amount of bass in the sound. You can feel the beat with the nice sound. There is two-speaker one at the bottom and another at the top. The top speaker is also use to take calls. The sound quality of the Samsung Galaxy S22 Plus is A+.

Considering this smartphone for daily usage then it’s a great value smartphone with amazing features.  It’s a total value phone for gaming also.

So this was my full review of the Samsung Galaxy S22 Plus. If you guys learned something new then make sure you also watch my other reviews as well. Also check out my YouTube channel for new technologies.