Google Pixel 6 tensor Chipset complete review, the best chipset for gaming– Welcome back to my website, in today’s article we will be talking about the Google Pixel 6and its real processor. So without any further delay, let’s get started. 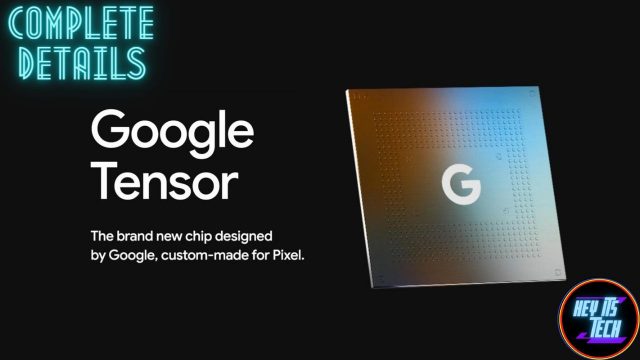 So, over the past few days, there have been several reports regarding the upcoming Google Pixel 6 series. The series will have two smartphones including the Pixel 6 and Pixel 6 pro. According to reports, the company will release this smartphone this fall this year; while the reports claim it will arrive on September 3rd. Others say it will launch in October in addition to its unique appearances. However a recent report from the galaxy club gives the first look of the body of the tensor chipset, the image shows a secure chip with the Google logo on the middle of the chipset.

There will be nothing special about this chip however reports from the galaxy club claim that this device will actually have an unreleased CPU from Samsung namely exynos9855. This chipset is very familiar with the Samsung Exynos 2100 chipset. Thus we can understand that 9855 will be a bit better than Exynos 2100. In fact, there are some reports, last year that something is developing too high-end processor within internal numbers Exynos9855. It now appeared that Samsung sold Exynos 9855 to Google. While Exynos 2200 will arrive at the end of this year.

If this news is true then the tensor soc must be Samsung’s full power chip which uses these five nanometers instead of four nanometers. TheGoogle tensor soc is actually this secret Samsung Exynos chip. Google recently announced the new tensor soc that will power its upcoming Pixel smartphones. This is the first high-end mobile processor that the company has designed for its use for its own smartphone Google Pixel 6 series phones previously released on all snapdragon processors. The company hasn’t revealed a lot of information about this Google tensor chipset but at this point, in this time, it has been hyping that artificial intelligence of this chip creates a new impression that the tensor will be in a lake on its own. By the way, some new information has surfaced which suggests that tensors actually a previously rumored something Exynos. But it was first reported last year that Samsung is working on a new to high-end Exynoschipset of which futures AMDGPU. The Samsung9855 galaxy club report that 9855 has the code name white chapel. which has already been associated with tensor, Google tensor SoC is thus the unreleased Exynos9855. The bigger news is that Exynos 9925 will feature AMD graphics and will debut on Exynos 2200 with the galaxy s22 series next year.

Going by the model number, the tensor is going to be much closer at performance for the galaxy s21 Exynos 2100 compared to Samsung’s flagship chipset, next year this goes for the tensor will deliver flagship performance that coupled with the AI achievement that Google is hyping up could be increasing competition in the high-end Android smartphone segment. I think that the best Samsung phone can’t handle it, so its launch date is not revealed yet. This dimension is as you can see it’s full of aluminum frame and it hasip68 water-resistant and dust resistant. The Google Pixel 6 will be using the Super-AMOLED 120Hz hdr106.71 inches display and its PPI density is 392. The Google Pixel 6 will be the future android 12 and the chipset is also Googletensor 5 nanometer but it recently shows that the Google Pixel 6 will be using the Samsung Exynos 9855 which will be arrived soon. It has no memory card slot but it’s internally used.

The main highlight of this GooglePixel 6is its camera and its android and its processor, the triple camera has been revealed 50 megapixels wide,and 48megapixel telephoto which will miss on the Google pixels phone and one 12 megapixel ultra-wide. The selfie camera is 12 megapixels it has low resolution but it features auto hdr and video at 1080p at 30fps. It has loud the sound of this is uh with stereo speakers no Dolby atom’s technology and nouh normal speakers etc. The Wi-Fithat’s used is Wi-Fi 6dual-band-Fi direct. The Bluetooth has been also upgraded to 5.2 it has GPS and NFC.

So this was my full review of Google Pixel 6 and the Google tensor chipset. I am a little late in the review but I covered pretty much everything.