Electromotive Force EMF– Electromotive force or EMF refers to the voltage created by a battery or by a changing magnetic field. Counter EMF also called back EMF is a related phenomenon that we will illustrate in this animation, developed by National MagLab. Here is a simple circuit featuring a battery a nice switch and a light bulb. This circuit is also provided with a wire coil that serves as an inductor. 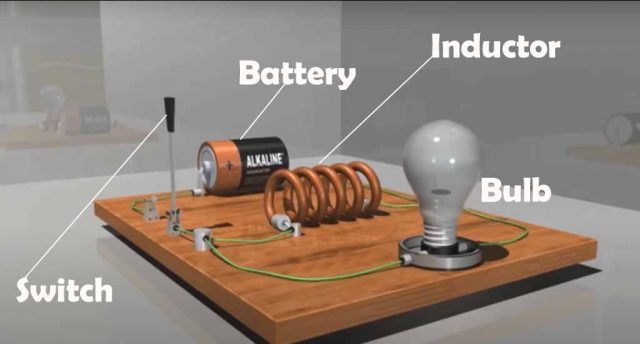 Inductors store energy in the form of magnetic fields that are generated around them when a current passes through them. They are called inductors because they induce a voltage in their coils when that magnetic field changes. 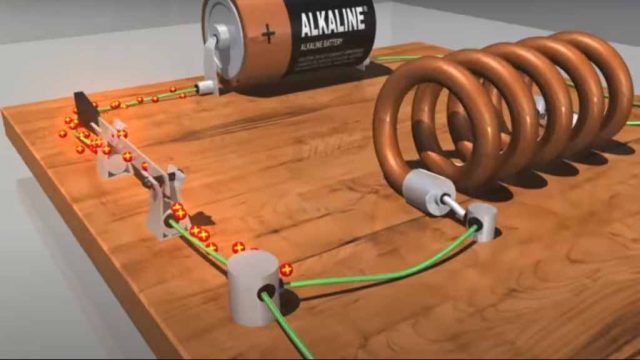 When the circuit is turned ON, the current starts to flow, the electrons in the current create a magnetic field around the wire as they move through it as shown by these blue arrows, which you can see in the image given below. if the wire is formed into a coil like this inductor the magnetic field lines converge in the center.

You know about the inductor? It is a passive two terminal electrical component that stores energy in a magnetic field when current passes through it. As the current flows through the inductor it starts to store the energy and of course it takes time, they gradually build up to a maximum magnetic field that is much stronger than the one around the straight length of the wire. 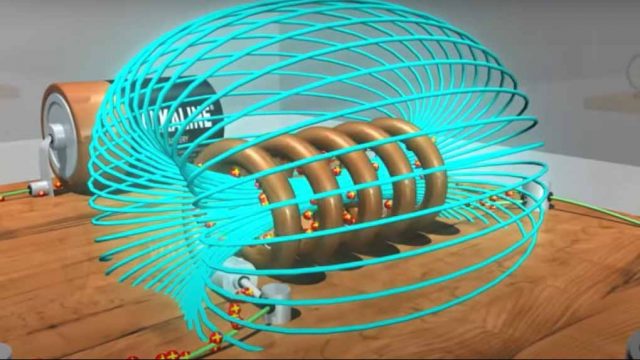 Let’s watch this again but this time we’ll pay closer attention to what’s happening in the wire conductor in this parallel circuit the current can travel either through the inductor or through the light bulb.

When the current reaches this Junction it splits and flows to both the inductor and to the light bulb. At first the current flows much more strongly towards the light bulb. This happens because as the magnetic field in the inductor grows, it induces its own voltage through Faraday’s law, this is called electromagnetic induction. So the inductor here is creating a back EMF represented by this yellow arrow back EMF always opposes the change that created it. so in this instance the back EMF is opposing the change created by turning on the circuit. 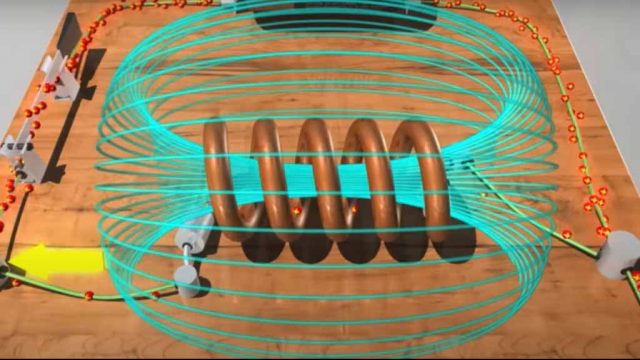 Which happens when we open the switch and stop current flow from the battery once again the back EMF opposes the change that created it. In this case the change is the cessation of current so opposing this change the back EMF wants to maintain the current which flows once again to the bulb causing it to flash before it fades away all together.