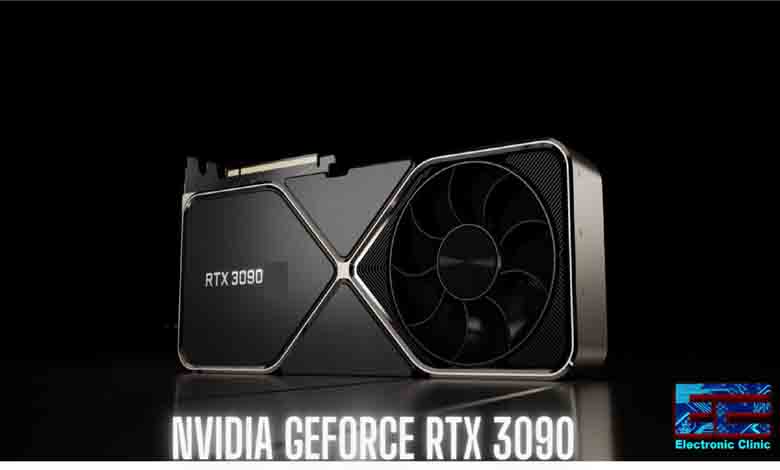 So, Nvidia launched this GPU back in September 2020, there was huge GPU shortage back in Covid-19, so the MSRP of this GPU was so high. The starting price of this GPU is $1499 which by this time clearly lower than back in 2020. There are 28 Billion transistors which is by this time far more than the other GPUs, like AMD 6900XT, RTX 3080Ti, etc. this GPU is also PCI-E gen 4. That means the latest motherboard which supports PCI-E gen 4 slots will get the full potential performance of this GPU. This GPU is based on Ampere architecture which is far more faster than the last-gen Turing architecture. Also the performance gap is so much between these two GPUs.

Most new GPUs these days have faster base clock and even faster memory clock. Like the new series of AMD 6000, has the fastest speeds. This time NVidia hasn’t given faster speeds, but they’ve given more Cuda cores with more shaders and more textures units. So with 10456 Cuda cores the base clock is 1395 MHz which is by this time more than every GPU, from AMD and from Nvidia except NVidia RTX 3090Ti. The boost clock is 1695 which isn’t that much but giving the fact that it has 10456 Cuda cores than its so much than others.

One of the key components of the GPUs is memory. This time Nvidia got even further with 24GB of new GDDR6X memory. This memory size is better for long-term heavy gaming like Elden ring and more efficient for Video Editing and for Video animations like Blender, Adobe After effects, Adobe premiere pro, and for Unreal Engine 5. Memory speeds are also a key factor in GPU performance. 24GB of GDDR6X has a memory speed of 1219 MHz which is going to help in getting this GPU memory faster and more efficiently. This GPU interface width is 384-Bit which is going to help with getting more faster connection with the GPU to the motherboard to access the full potential of this GPU. So with the memory interface width of 384-bit, the memory bandwidth getting faster than ever sending and receiving almost 936.19 GB/s. which is awesome. Nvidia RTX 3090 have also 6MB L2 cache memory, which will help to execute instructions faster.

These days GPU performances are getting faster, while it’s getting more power-hungry. If you take a 2018 GPU from Nvidia or AMD, the maximum power draw will be below 300W. But NVidia latest GPUs are getting power draw of almost 500W. this GPU will consume 350+ W. to run powerful games on full extreme graphics you need to get better power supply, because this GPU itself gets 350W of power,

The Bigger the memory bandwidth of the GPU the more monitors will it run smoothly. This GPU can supports not 1 or 2, but 4 monitors, and fun fact this can support 4 monitors at 8K. There will be 4 inputs at this GPU, most will be changed because of the variants by different companies. But there will be at least 3 Display ports and 1 HDMI 2.1 which is the faster version from HDMI 2.0. The Display port can support higher bandwidth than the HDMI 2.1. So the DP will be best for gaming let’s say if you have a bigger monitor with high refresh rate.

As I mentioned earlier, this GPU has 3 DP ports and 1 HDMI 2.1 port. You know that this GPU is so power-hungry. Well, the dual 8-pin connectors are going to be sending that much power to this GPU.  The founder edition of this GPU is also going to be different from other variants, there are some variants that need triple 8-pin connectors. So for that, you will at least need 1000W to 1200W of Power supply.

This GPU is huge, I mean we are talking about triple slot GPU. This GPU will not fit in many cases like, these days many of us are buying small cases and this GPU itself is 12.3 inches. So in order to fix this problem you’ll need a bigger case.

The gaming experience of this GPU is on another level. Nvidia Geforce RTX 3090 has the fastest memories, fast clock speeds, faster memory clock speeds, more Cuda cores, newest architecture, and higher bandwidth. Which makes the gaming experience more powerful. The more the Cuda cores the faster the performance of a GPU will be. So this GPU is like on steroids when it comes to the Cuda cores. Running GTA 5 on this GPU will give you around 330+ FPS. And in almost every game this GPU shows the best performance.  Video editing, game engines, and video animations are also going to be smoother with this GPU.

So, this was my full review of the Nvidia Geforce RTX 3090 if you want to check out more articles like this then check the reviews in the menu. Also, do check out my YouTube channel. Thanks.