Nvidia Geforce RTX 3080 Complete review and benchmarks- This GPU is a bit downgraded version of the RTX 3080 Ti, but it can beat some of the latest GPUs. If you guys are looking for a flagship GPU than this GPU is can be the best option for you. It has some amazing speeds which we will review below. Stay till the end to see whether it’s it fits your needs or not. 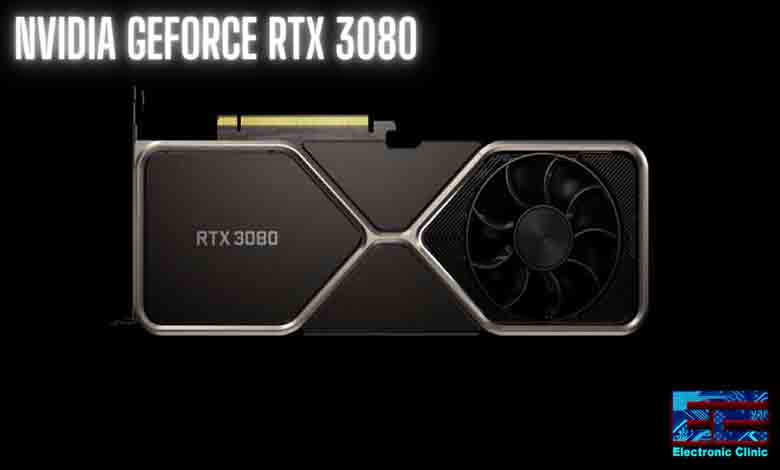 Nvidia Geforce RTX is the best GPU from Nvidia. It has one of the fastest ram with amazing speeds of memories. This GPU was launched back in 2020 but still, it has its hype. This is one of the most famous GPU in the market right now. What makes this GPU so special is its performance and its price. This GPU architecture is Ampere and fabricated using 8NM technology. This GPU is also GEN 4 which means every motherboard that supports GEN 4 PCIe can get better performance with the GPU. This GPU has more transistors than the Nvidia Geforce RTX 3060 which is a little low in performance compared to this GPU. Nvidia Geforce RTX 3080 has 28 billion transistors in it which means the parallel process will be faster. This GPU is considered to be a magical GPU because it has everything that a good gamer and editor needs. Let’s talk about that in detail. The most important thing is the price of the GPUs. We know that in 2020-2021 due to Covid there was a huge shortage of Silicon, everything related to tech was short.

The base frequency of this GPU is 1440 MHz which is faster than most new GPUs. The Boost Clock is also faster than other GPUs at this point which is 1710 MHz the base frequency is going to help in mostly GPU-bound games like Call of Duty Warzone. The boost clock is also helping in demanding games like Cyberpunk 2077, Assassin’s Creed, God of war, and the newly launched Eden Ring. The more the frequency is the faster the speed of the GPU will be.

Nvidia Geforce RTX 3080 has so many Cuda cores like so many. There are so many Cuda cores on a larger scale, which are 8704 Cuda cores. The Cuda cores are more than Nvidia Geforce RTX 2060 and Nvidia Geforce RTX 2070. There are 68 RT cores that help in rotating, resizing, and scaling the image. There are also 272 tensor cores which will help in Ray tracing. Ray tracing is so much fun to play with I mean with the new latest games you can enjoy the full amazing lighting control, reflections, and so much more to play games with ray tracing on. There are also new features in this GPU like DLSS, what these features do is that new algorithms this upscale your game’s resolutions to make it more crisp and sharp. There are also 96 Rops that help in rotating, resizing, and much more. The Texture units help a lot when it comes to gaming textures like cars, bushes, trees, etc. with new continuous updates in drivers this GPU gets faster and more efficient in updates from Nvidia. This GPU also features more amazing things with compatible CPUs like Intel Core i9 12900KS, AMD Ryzen 7 5800, AMD Ryzen 9 5900, and AMD Ryzen 5 5600. With these new processors, this GPU can provide a significant boost in performance. It can double its FPS count in frames with these new CPUs. You can find complete articles just by clicking these processors’ names. There are also 272 Texture units which will help in boosting performance of the Texture fill rate in the games.

This GPU’s maximum power consumption is 320W compared to its predecessor’s 370W. This GPU is faster than the Nvidia Geforce RTX 3070. This allows the users to get more out of the GPU. There are also many variants of this GPU that can be further overclocked thus eating more power. The power limit of this GPU is around 350W which is a lot to get faster performance when it’s overclocked. You can get 10-15% more FPS when it’s overclocked but I would not recommend that, if you don’t know about overclocking. The amount of power it eats when you gaming on it is around 280W which also leads us to better heat management. This GPU is fabricated using 8NM which also is power efficient. There are more variants of this GPU but I personally like the Asus Rog Strix version of this GPU, because it has 3 fans with a good radiator and with a good cooling system. One more big advantage of this 8NM fabricator is that, the heat management is very good, also with new curve fans to get a high amount of RPM.

Well, one of the most important and key factors about this GPU is its power consumption. This GPU is not that power-hungry. This GPU needs 2x 8-pin connector. There are also 3 display ports and 1 HDMI port, which is really great for multiple monitors. There is also Audio input from HDMI which also helps with these new monitors. The Dual 8-pin connecter really made the wiring system completely awesome.

These days the size of the GPU is also important because there are a lot of cases that don’t fit some long GPUs. This GPU is 11.2 inches which can fit in most PC cases. Plus the GPU is also dual-slot which helps in heat overflow. There are some variants of this GPU who’s offering single slot GPU with a small form factor. Off course, there will be some major issues with heat management in these small GPUs. I will always recommend the normal version of the GPU because in summers the heat dissipation will help in those high variants. The higher variants are more optimized than the normal ones, thus they can handle heat better.

The gaming experience of this GPU is on another level. Nvidia Geforce RTX 3080 has the fastest memories, fast clock speeds, faster memory clock speeds, more Cuda cores, newest architecture, and higher bandwidth. Which makes the gaming experience more powerful. The more the cuda cores the faster the performance of a GPU will be. So this GPU is like on steroids when it comes to the Cuda cores. Running GTA 5 on this GPU will give you around 120+ FPS. And in almost every game this GPU shows the best performance.

So, this was my full review of the Nvidia Geforce RTX 3080 if you want to check out more articles like this then check the reviews in the menu. Also, do check out my YouTube channel. Thanks.