This time around NVidia launched the upgraded versions of their predecessors. What makes this GPUs lineup better than the last-gen is the addition of new 3 GPUs. The NVidia RTX 3080 Ti is one of the most powerful GPUs. It has more VRAM than the last Gen RTX 2080 Ti and is more powerful than the last gen. the performance of This GPU is somewhere between RTX 3090, and AMD 6800XT. 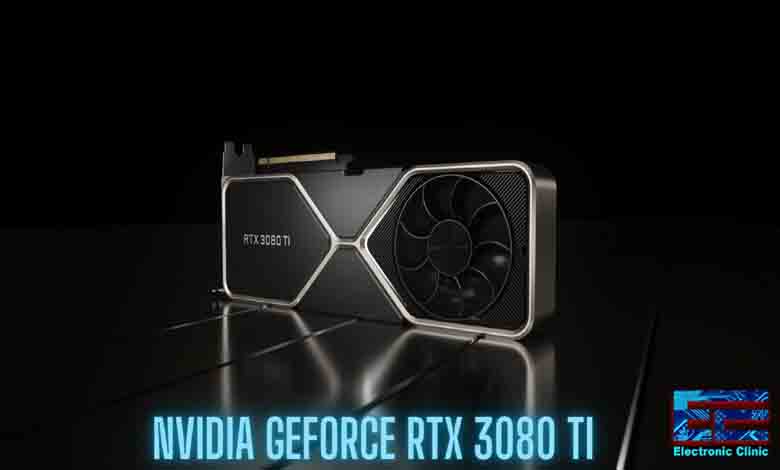 We know that new Nvidia GPUs are getting more power full than their last gen. and this RTX 3080 Ti is beast when it comes to performance. This GPU is based on the Ampere architecture which is more powerful than the last Gen Turing. This GPU was launched back in 2021 and still has its hype for most consumers. The key difference is the price between this one and the last-gen one. The base price is $1199, which is by this time still expensive.

The base frequency of this GPU is 1370 MHz which is faster than most new GPUs. The Boost Clock is also faster than other GPUs at this point which is 1670 MHz the base frequency is going to help in mostly GPU-bound games like Call of Duty Warzone. There are not much of differences between their base clock and boost clock speeds, but given the fact that RTX 3080 Ti has 58% more Cuda cores, that makes this GPU even faster with these overclocked base clock and boost clock speeds.

NVIDIA GeForce RTX 3080 Ti has double the cores from the last gen RTX 2080 Ti, which is 10240 Cuda cores. There are 320 texture mapping units, which will help in making textures smoother, and there are also 320 Tensor cores, these tensor cores will help in Raytracing. For those who don’t know what ray tracing is, well let me tell you. Raytracing is a new technology that makes the environment of games like the real world. There are tons of new features added to this GPU. There are also 80 RT cores, these 80 RT cores will make the performance of the GPU to an extreme level. There are 112 ROPs that will help in-game physics, game engines, etc.

Well, one of the biggest differences here is the 350W of power consumption. For that, you will need a power supply that runs this GPU smoothly and safely. And for that my friend I recommend GPU beyond 1200W. One of the key reasons to eke out the full potential of a GPU is the Power supply. So make sure to choose the right one.

This GPU is the right choice for gamers who plays AAA titles games. For those who want constant FPS for games like Call of Duty Warzone, Fortnite, Apex Legends, etc. you will need high refresh monitors for that. I suggest buying a monitor that fits your requirements like 24 Inch 4K monitor with at least 120Hz.

The pixel file rate is freaking 186 GP/s which is amazingly fast thanks to that 320 cores for Texture mapping units. The texture fill rate is also 532 GP/s which is also fast. The computational power of this GPU is great. You can see at above table.

For 350W usage, this GPU has a single 12 Pin connecter, this will be changed in various variants. But this GPU has one of the best power connectors. Say bye to those bulky wires ruining your setup.

These days the size of the GPU is also important because there are a lot of cases that don’t fit some GPUs. This GPU is 11.2 inches which can fit in most PC cases. Plus the GPU is also dual-slot and may come with some variant that will acquire 3 slots at the motherboard.

Best Processor for this GPU:

Well to avoid any bottleneck you need to buy a compatible CPU, in order to get the full performance out of this GPU. So I have a list of one of the most amazing processors for this GPU.

The gaming experience of this GPU is on another level at 4K 120FPS. NVIDIA GeForce RTX 3080 Ti has one of the fastest memories, fast clock speeds, faster memory clock speeds, more Cuda cores, the newest architecture, and higher bandwidth. Which makes the gaming experience more powerful. The more the Cuda cores the faster the performance of a GPU will be. Running GTA 5 on this GPU will give you around 320+ FPS. And in almost every game this GPU shows the best performance.

So, this was my full review of the NVIDIA GeForce RTX 3080 Ti if you want to check out more articles like this then check the reviews in the menu. Also, do check out my YouTube channel. Thanks.