Nvidia Geforce RTX 3060 Ti- Well, this Graphic card is one of the most amazing and fast GPUs available in the market right now. It’s fast, efficient and powerful, and totally worthy of its price. You will find some cool variants of this GPU alongside some of the best cooling systems and some overclock tweaking. We got our hands on the founder edition one. And hopefully, you guys will get more info about this GPU. We will review every tiny detail about this GPU and, last we will tell you whether you should buy this GPU or get your hands on AMD RX 6600XT. 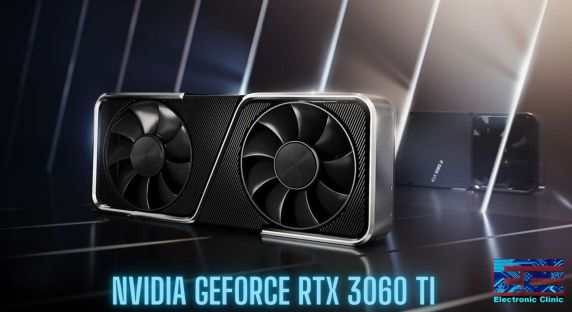 Nvidia Geforce RTX is the best GPU from Nvidia. It has one of the fastest rams with amazing speeds of memories. This GPU was launched back in 2020 but still, it has its hype. This is one of the most famous GPUs in the market right now. What makes this GPU so special is its performance and its price. This GPU architecture is Ampere and fabricated using 8NM technology. This GPU is also GEN 4 which means every motherboard that supports GEN 4 PCIe can get better performance with the GPU. This GPU has more transistors than the Nvidia Geforce RTX 3060 which is a little low in performance compared to this GPU. Nvidia Geforce RTX 3060 Ti has 17.4 billion transistors in it which means the parallel process will be faster. This GPU is considered to be a magical GPU because it has everything that a good gamer and editor needs.

If you look at the base frequency of this GPU then you’ll notice that it’s not at fast as the AMD Rx 6650XT, but this GPU has more Cuda cores and is much faster than the AMD RX 6600XT. The base clock isn’t as fast but its 1410MHz, as well as the boost clock, is also 1665MHz. With an enormous amount of Cuda cores, it will be good at this point.

Nvidia Geforce RTX 3060 Ti has 4864 Cuda cores. Well I’m still surprised, how Nvidia is doing a great job for gamers. Given the fact that it’s a mid-range GPU and it has above 4000 Cuda cores. It’s a lot for a normal gamer. There are also 152 tensor cores which will also help in Raytracing alongside RT cores which are 38. Well, you will see a little downgraded Raytracing performance because it’s not the high-tier model in the RTX 3000 series. But the performance is awesome. There are also 152 texture units, which will help in getting the texture better and more accurate, Rops will help with gaming physics. There are also 80 Rops.

This GPU‘s maximum power consumption is 200W compared to its predecessor’s 250W. This GPU is faster than the Nvidia Geforce RTX 3060 and power efficient too. Because this Nvidia Geforce RTX 3060 power consumption is 170W. This allows the users to get more out of the GPU. There are also many variants of this GPU that can be further overclocked thus eating more power. The power limit of this GPU is around 250W, which is a lot to get faster performance when it’s overclocked. You can get 10-15% more FPS when it’s overclocked but, I would not recommend that if you don’t know about overclocking.

The max monitor support increases with the increase of new technologies and with new updates from monitors, TVs, etc. the GPU’s updates as well. This Nvidia Geforce RTX 3060 Ti GPU can support maximum display at 8K with up to 4 monitors. There are vainest with different display outputs. But you will find more than 4 display connectors. There are some variants with thunderbolt displays at well. But there will be 2 display ports 1.4 and 2 HDMI 2.1 connectors. The display port can support 8K at 120Hz which is amazing. Because there will be no lags, no delays with this new DP version. There is no 8K support on HDMI. Well because the bandwidth of the HDMI is far less than the bandwidth of DP. If you have a monitor that supports 4k 144Hz or a monitor that supports 240Hz then I will recommend using the DP. Because of its bandwidth.

This GPU has scored 133.2 Gigapixels/s which is amazingly fast compared to its predecessors. The texture fill rate also scores 253.08. That’s why it supports 8K at high frame rates thanks to ROP’s. Now let’s talk about the texture fill rate. Texture fillrate measure how many Texel’s can a GPU render per second. Texture fill rate is always measured in the amount of time like (1s). Texels are basically is three-dimensional space objects and called textured pixels. The single computing also scores 16.20 TFLOPS, and double precision computes power scores 253.08 GFLOPS this is amazingly fast.

Well, one of the most important and key factors about this GPU is its power consumption. This GPU is not that power-hungry. This GPU needs one 8-pin connector. There are also 3 display ports and 1 HDMI port, which is really great for multiple monitors. There is also Audio input from HDMI which also helps with these new monitors. The single 8-pin connecter really made the wiring system completely awesome.

These days the size of the GPU is also important because there are a lot of cases that don’t fit some long GPUs. This GPU is 9.53 inches which can fit in most PC cases. Plus the GPU is also dual-slot which helps in heat overflow. There are some variants of this Nvidia Geforce RTX 3060 Ti GPU who’s offering single slot GPU with a small form factor. Off course, there will be some major issues with heat management in these small GPUs. I will always recommend the normal version of the GPU because in summers the heat dissipation will help in those high variants. The higher variants are more optimized than the normal ones, thus they can handle heat better.

The gaming experience of this GPU is on another level. Nvidia Geforce RTX 3060 Ti has the fastest memories, fast clock speeds, faster memory clock speeds, more Cuda cores, newest architecture, and higher bandwidth. Which makes the gaming experience more powerful. The more the cuda cores the faster the performance of a GPU will be. So this GPU is like on steroids when it comes to the Cuda cores. Running GTA 5 on this GPU will give you around 120+ FPS. And in almost every game this GPU shows the best performance.

So, this was my full review of the Nvidia Geforce RTX 3060 Ti if you want to check out more articles like this then check the reviews in the menu. Also, do check out my YouTube channel. Thanks.