Smart phones, laptop and tablets get their power from rechargeable lithium ion batteries.  All batteries have three basic parts:

The main element of this battery is lithium which is very light element and found in the 1st group of alkali metals. It has three electrons, with one electron in its outer most shell. The electronic configuration of Li: 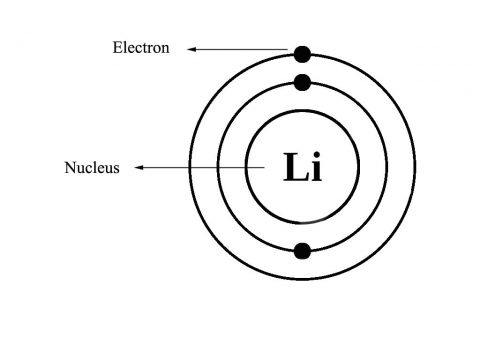 Because of the presence of one electron in the outer most shell of lithium it has least amount of ionization energy 520KJ/mol among all the elements and it is also very reactive so this makes this material an excellent choice for anode apart, from this individual lithium ion cells can achieve a very high voltage up to four volts as opposed to just 1.5v with conventional cell. This high voltage is due to the high reactivity of the metal cells. Specific energy and specific power of the lithium based batteries are also very high. The energy density of the lithium based batteries is about 200Wh/kg. This is about two to four times the conventional batteries. Lithium batteries also have operational range in term of temperature are known to work anywhere between the temperature of minus 40 degrees to 70 degrees Celsius. The shelf life of lithium batteries are very high some variants of these batteries can work even after sitting idle for almost ten years at a stretch right. These are the some of the reasons lithium ions base batteries being used for automotive application. 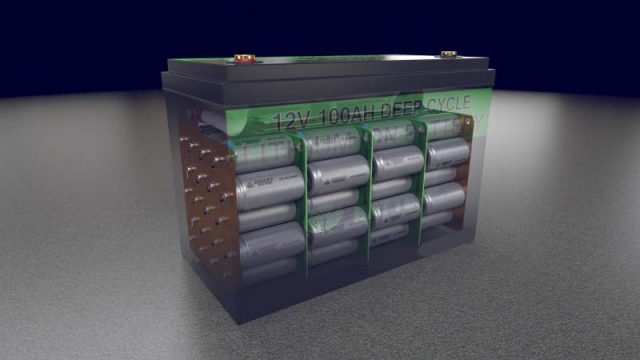 It is crazy that every second we use smart phone there is chemical reaction like a baking soda volcano happening inside of it. It looks like a solid device without any moving parts but it is true inside the battery there is chemical reaction that is continuously running and without it your phone be just dead. This is something we are familiar with.  Now we will understand that:

How lithium ion battery powers our smart phone and how it is recharge?

Where these electrons come from?

The electrons come from the element lithium. At the negative terminal which is technically called the anode. Lithium is stored between layers of carbon graphite similar to the graphite in our pencil. Graphite has a nifty crystal structure of layered planes that allows the lithium to be wedged in between each of the layers. The technical term for this is intercalation. Graphite function as kinds of like a stable storage space for lithium atoms. One inherent property of the lithium is that it does not like its outer most electrons and it wants to give it up. When there is available path from the negative terminal to the positive terminal this electron separates from the lithium and start heading to the other side. At the same time the lithium leaves the graphite and becomes positively +1 charged and now called a lithium ion. An ion is just a fancy word for an atom who or lost or gained electron and thus is charged. When a lot of lithium atoms leave the graphite at the same time a flow of electron is built up. Now jump to the positive term which is technically called anode here we have cobalt that have lost some electrons to oxygen thus making the cobalt positive charge.  As a result it wants to gain back an electron so when we connect the negative and positive terminal of our smartphone. 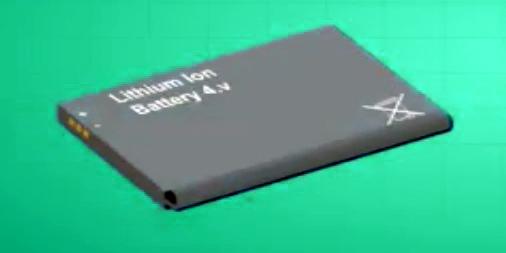 The electrons flow from the lithium which wants to give up an electron through the circuit and components in the smartphone and to the cobalt which is wants to gain an electron. With the flow of electron from the negative to the positive terminal the cobalt size grow more and more negatively charged and the other side positively charged. Yes the electron want to flow in this direction but at the same time the electrons do not like to flow to an area that is growing more and more negatively charged. This is because opposite charges attract each other and similar charge repel each other. So to fix this we give the positive charge lithium ions that recent left the graphite a path to move to other side. This path is called an electrolyte and its function allows for lithium ions to migrate from one side to the other while not allowing the electrons to move through it. When lithium gets to cobalt side it again wedges itself or intercalates with the cobalt and oxygen to become lithium cobalt oxide. The lithium is not regaining its electron that electron went to the cobalt. Its just balancing out the charged build up. Here are the formulas:

Almost all of the lithium has left the graphite layers and joined the cobalt oxide to become lithium cobalt oxide and now the battery running on empty.

When the battery is empty we will recharge it we plug in our smart phone and when we do this the USB charger applies a high force on the flow of electron in the opposite direction. Electrons are pulled out of the cobalt thus returning the cobalt  +4 state and kicking out the lithium ions. On the other side electrons are forced onto the graphite which pulls the lithium through the electrolyte and back into the layers of the graphite. It is exact opposite of the earlier reaction which is why this battery is rechargeable. The lithium and its electrons move in one direction when you use the phone and the opposite when we charge the phone. The two sides cannot be touch if the anode and the cathode were to touch and if there were any lithium left in the graphite. The chemical reaction would accelerate uncontrollably and cause a fire or often a small explosion. Thus a non-conductive semipermeable separator that allows the lithium ions to pass through is placed in the middle and this electrolyte is not an effectively barrier because it is a liquid. The second thing to note is that the graphite and cobalt peroxide are not good at collecting or distributing the electrons. Thus a conductive copper layer is added next to the graphite and conductive aluminium layer next to the cobalt peroxide. These two layers or sheets are called collectors. Rectangular prism package consists of folded layer. In order to regulate the electricity additional circuitry is added to the top of the battery. The arrangement of the circuitry prevents damage to the battery and overcharging of the battery.  The battery capacity will be reduce over time. There are several reasons: one of which is that sometime lithium and the incoming electron react with the electrolyte and organic solvent to form compound that are called a solid electrolyte interphase. It irreversibly consumes lithium and the electrolyte. Thus reducing the overall quantity of lithium and thereby reducing the overall capacity of the battery. Another reason is that when we fully discharged battery until it is dead it can result in too much lithium on the cobalt side which causes the irreversible generation of lithium oxide and cobalt oxide. These compounds are stuck in that state which thereby reduce the amount of lithium and cobalt for future use. So one tip is to not let your battery run until it is empty. It is better to recharge your battery at 30 or 40% then to let it run until it is dead.

The drawback of the lithium cobalt batteries is relatively short life span compared to lithium ion chemistry unlimited specific power. Cobalt is also an expensive material and high prices were not a selling factor for this type of battery to counter the high price of these batteries alternative material were being researched for replacing cobalt.

Manganese was considered on the year 1975 battery prototypes based on the manganese in rough cobalt were developed these subsequently hit the market. Two decades later as a cheaper alternative to lithium cobalt batteries. Manganese generally appears along with iron in nature and is not rare as cobalt. It is also widely used in the metal industry to prevent the rusting of the iron. So procurement of manganese was much easier than cobalt because of these reasons manganese was considered to be much more suitable material for mass production of lithium ion batteries. The working of manganese lithium ion battery is similar to that of the lithium cobalt battery but the construction is different. Here the cathode is made up of the manganese dioxide and the anode is made up of lithium. The electrolyte is made up of mixture of organic solvents with a polypropylene separator.

The working of this type of battery is similar to that of the lithium cobalt oxide battery the difference is the material which is used in the anode and cathode. The lithium manganese batteries are mostly uses in camcorders and watches because of their very slow discharge rate.

In the mid 90’s research was done to use this metal as the cathode material instead of lithium cobalt oxide initially this battery was not fully accepted into the market due to low electrical conductivity. However this problem was overcome in the recent years by reducing the particle size and coating it with an electrically conductive material like carbon nanotubes this battery also has a very high electrical and thermal stability because these addition these batteries have really high electrical and thermal stability.

Now as far as application is concerned, these batteries are commonly used in propellers aircrafts. It is also used in some cars.

The construction of this battery is similar to the lithium cobalt battery. Lfp is used as cathode and the graphite is used as anode.

With electrical vehicles gaining popularity in the automotive domain batteries with very high specific energy and good life span are in demand this led to the invention NCA nickel cadmium aluminium. This is the same batteries which are used in tesla 3 motor cars. NCA is a very simple lithium nickel oxide metals which occur naturally or doped with cobalt and aluminium. This is done to increase the specific energy and safety rating of the battery.

The working of the NCA is similar to that of lithium cobalt batteries. Although these batteries has healthy market share. Initially when they were launched they were slowly replaced by NMC batteries which are much safer and less expensive.

It is the most popular chemistry used by heavy manufacture. These batteries have also been around for only a decade and the working of these batteries is very similar to the lithium cobalt batteries. The share of this type of battery is expected to expand dramatically as the sale of evey vehicles is also rising. These batteries are most commonly used in cars like Chevy volt.

The structure of these batteries are also similar to the cobalt batteries where graphite is replaced by lithium titanate oxide in the anode and cathode can be either lithium manganese oxide or NMC the biggest advantage of the inclusion of the lithium titanate oxide is a huge increase in the charging speed of the battery. This is due to the unique structure of the LTI crystal. Electrons can leave and enter the anode quickly as the surface area of the anode is increased the other advantage of these type of batteries is that solid electrolyte interface layer does not form. This increases the life cycle of the battery. The biggest downside of these batteries however is the cost of lithium titanate oxide crystals are very hard to synthesized and hence their increased cost.