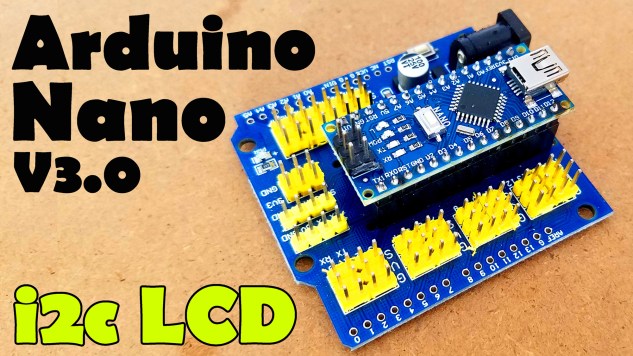 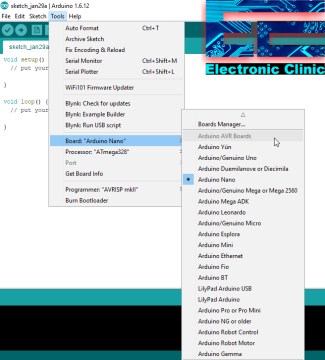 You will see a long list of the Arduino AVR boards that have different advantages and disadvantages. It’s not possible to make a comparison of all the available boards, but in this tutorial, I am going to compare Arduino Uno with Arduino Nano.

In this tutorial, I will also answer one of the most frequently asked questions. Can I run the same program using the Arduino Nano or Arduino Mega? I will practically explain this with the help of a small project. As you know there are multiple Arduino Boards choosing the right one for your project is no small feat and some thought should be given to the one that you use. When and why you should use Arduino Nano instead of using the Arduino Uno or Arduino mega or any other type of the Arduino board? You will get answers to all of these questions.

The components and tools used in this project can be purchased from Amazon and DigitSpace, the components Purchase links are given below: 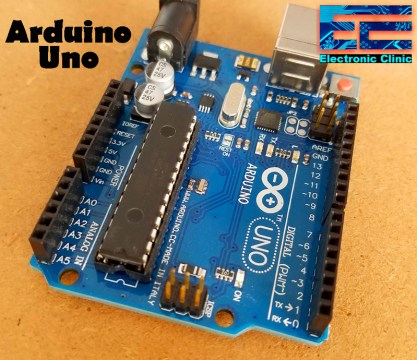 This is the Arduino Uno which you are quite familiar with, 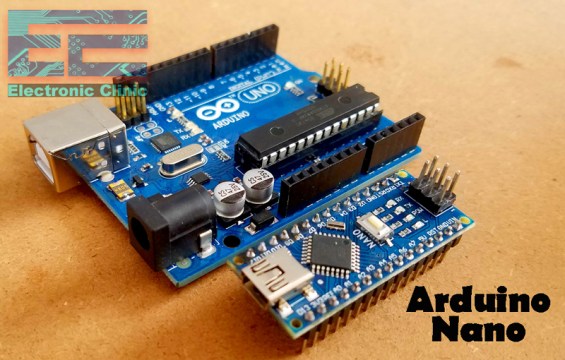 While this small controller board is the Arduino Nano. The first most noticeable thing about both the controller boards is the size difference. The Arduino Nano is essentially an Arduino Uno shrunk into a very small profile, making it very convenient for tight spaces and projects that may need to reduce weight.

Another noticeable thing is a DC female power jack which is included on the Arduino Uno, allowing it to be powered by an external adopter using a male power jack. There is also a VIN option available for connecting the Arduino Uno to batteries or using wires from the Breadboards. 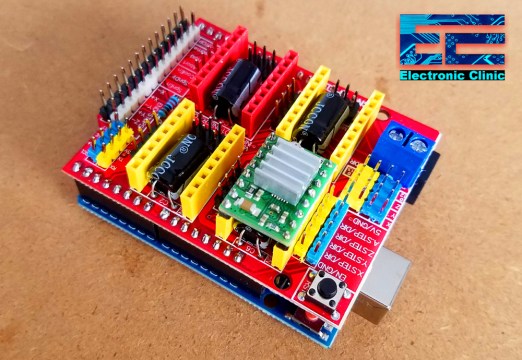 The Arduino Uno has a pin header arrangement that is rapidly becoming the industry standard for development boards, making it compatible with most development board shields on the market. In the above picture, you can see, a CNC shield perfectly sets on the Arduino Uno. While on the other hand, the Arduino Nano cannot connect to Arduino shields but it has pin headers which make it useful for breadboard prototyping. Moreover, the Arduino Nano board is the cheapest Arduino board due to which the project overall cost can be reduced.

If you are a beginner and want to learn Arduino then I highly recommend go for Arduino Nano and also get yourself an I/O shield if you are not comfortable with breadboards and power arrangements. The Arduino Nano I/O shield is provided with multiple male headers which are clearly labeled.

If you are watching my videos or reading my articles and tutorials on a regular basis then you must know that in almost 90% of projects I have used Arduino Uno because its famous people are searching for Arduino Uno and moreover its compatible with many shields. The programming style of the Arduino Uno and Arduino Nano is 100% same. When I make a project people start asking can we make the same project using the Arduino Nano or Arduino Mega, and my replay is always yes. In fact, any program which is written for the Arduino Uno can also run on the Arduino Nano without any problem, without even changing a single instruction. I am going to practically demonstrate this.

A few days back I uploaded a video on my YouTube channel and an article on how to use the i2c 16×2 LCD with the Arduino Uno. This time I am going to run the same program using the Arduino Nano. I will be using the same SDA and SCL pins which are the analog pins A4 and A5. 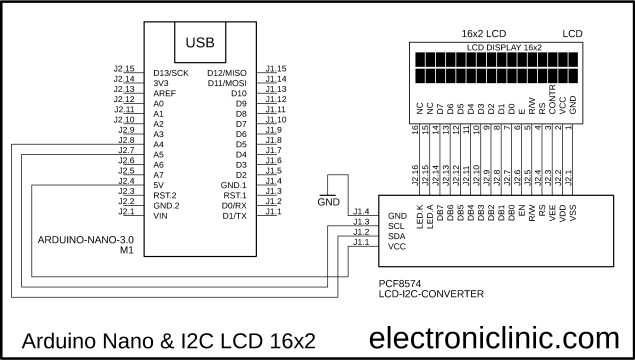 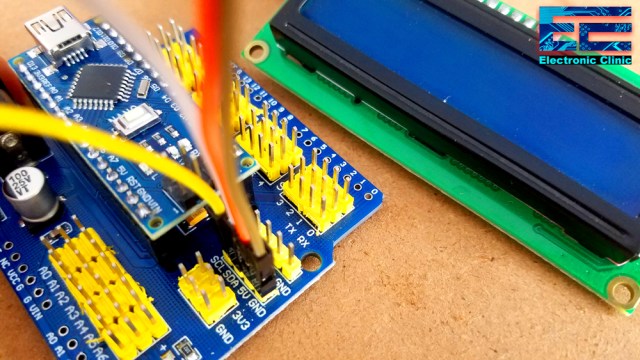 While the LCD is connected with the Arduino Nano as per the circuit diagram already explained.

Open the Arduino IDE copy and paste the above program. Make sure you have downloaded the necessary libraries.

Make sure you select the Arduino Nano and the correct communication port. Finally, click on the upload button and wait for a while. For the practical demonstration watch video tutorial given at the end of this tutorial.

In the end, it’s totally up to you, if you want to reduce the project cost and size then you should definitely use the Arduino Nano. Arduino Nano is ideal for wearable projects, bio-medical projects, Quadcopters, small robots, home automation systems, and so on.