A combinational circuit consists of input variables, logic gates, and output variables. Logic gates receive signals from inputs and create signals on outputs. As a result of this process, binary information changes from a given input data towards required output data. In general, both input and output data are represented through binary signals (or two possible states or values i.e. logic 1 and logic 0). The block diagram of a combinational circuit has been shown in figure 4.1, according to which “n” input binary variables are received by the circuit through some external source, whereas output variables “m” received from this circuit go towards some other external circuit or source. These external sources during various applications are normally storage registers, which remain nearby a combinational circuit or exist on some far–off the device. It should be remembered that every input variable of every combinational circuit contains one or two wires. When only one wire is available, it shows that the variable is in the normal state or it is in complement form. As one of the variables in a Boolean expression is normal or complement, therefore it is necessary to provide an inverter on the input wire. On the contrary, in case the input variable is reflected via two wires, the circuit’s input will have both normal as well as complement states. Thus, under such a situation, it is not incumbent to include an inverter along with inputs. 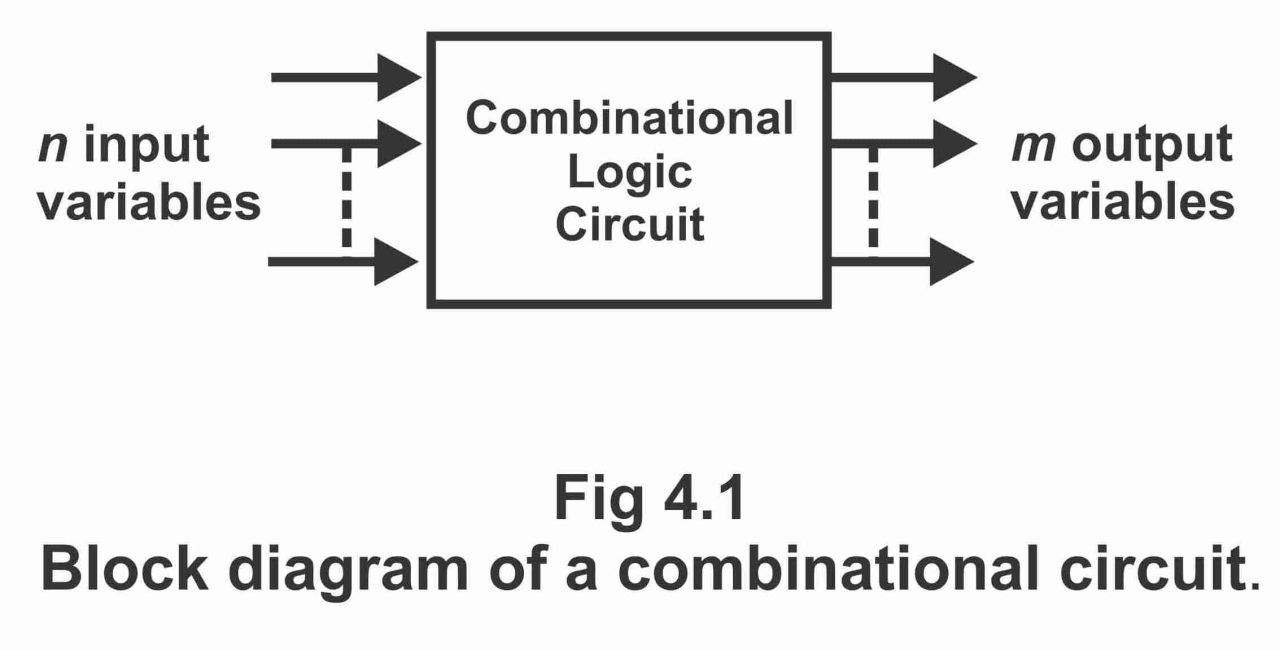 Next Topic: Multiplexer or Data Selector with circuit diagram and operation