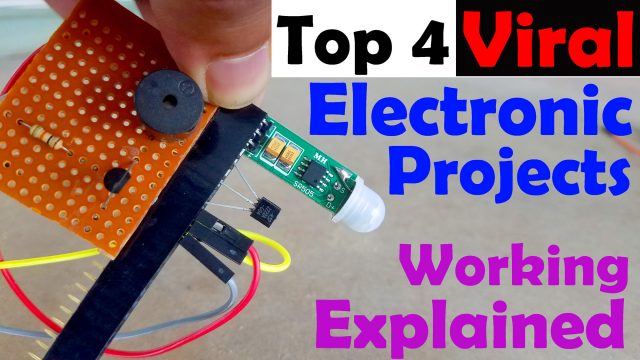 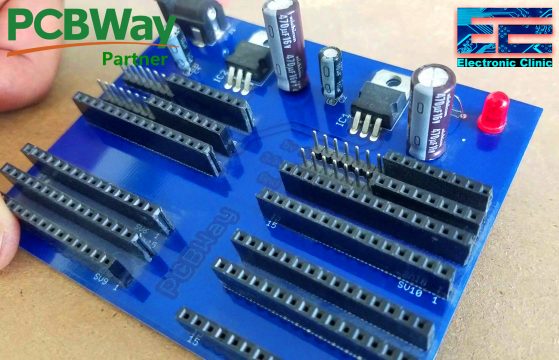 The 12V and 5V power supply PCB board used in this video is sponsored by the PCBWay Company. PCBWay is quite professional in the field of PCB manufacturing; you can try their services at extremely low prices, Only 5 dollars for 10 PCBs and 30 dollars in total for 20 PCBs assembly, besides this the new members also get a 5 Dollars bonus. The Gerber files of the PCB board used in this project can be downloaded from the PCBWay official website.

We will make the following four projects using the 2N2222 NPN transistors. 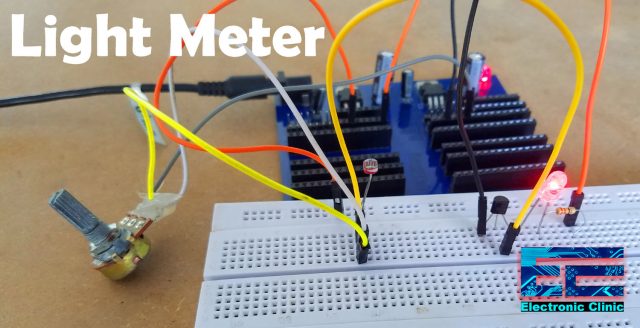 Number 4 on the electronic projects list is the Light Meter which is one of the viral projects. The brightness of the LED depends on the light falling on the LDR which stands for Light Dependent Resistor. I did one modification in this project which is I added a potentiometer so that the sensitivity can be controlled as per the requirement.

Let’s have a look at the Circuit diagram and understand how this project works. 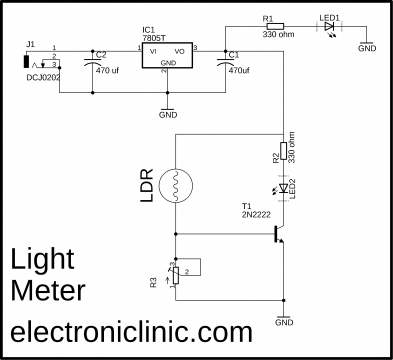 An LDR and a potentiometer are connected in series which makes a voltage divider. LDR is also a variable resistor but its resistance changes as the light falling on the LDR changes. So this way we always get a variable voltage which completely depends on the light intensity. The purpose of using the Potentiometer instead of using a permanent value resistor is that we can change the resistance by rotating the knob of the potentiometer.

Number 3 on the electronic projects list is the Non Contact AC live Wire Tester. This circuit is quite sensitive that even it can detect my hand. Let’s have a look at the circuit diagram and discuss how this project works. 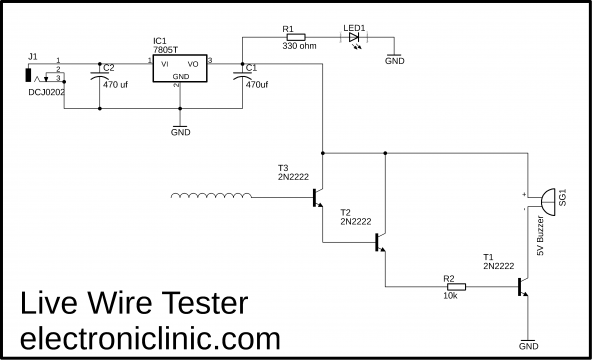 So the transistors T2 and T3 drives the Transistor T1 which turns ON and Turns OFF the 5v buzzer. 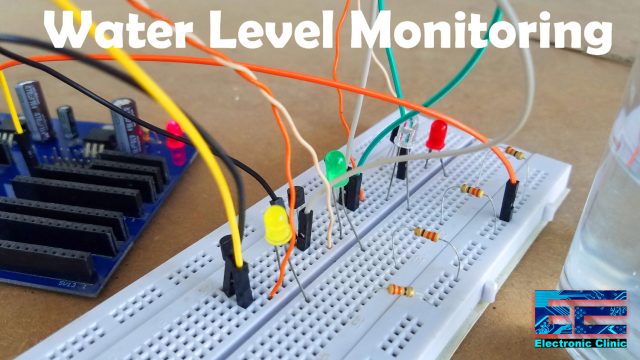 Number 2 on the electronic projects list is the Water level monitoring. I really liked it while making this small project. The final red led can be replaced with a relay which can automatic turns OFF the Water Pump. Now let’s have a look at the circuit diagram. 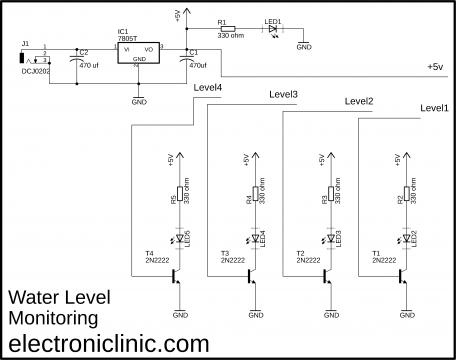 This circuit is also powered up using the 5V regulated power supply. The 5V wire from the Power supply is dipped in the water along the 4 wires coming from the bases of all the 2n2222 NPN transistors. For more levels you can simply increase the number of circuits. All the circuits are exactly the same. Each LED is turned ON as the water container is filled. 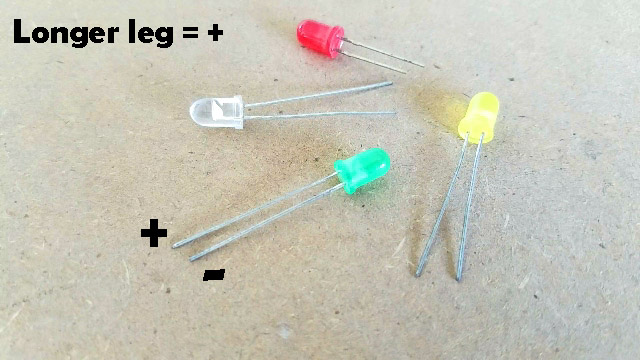 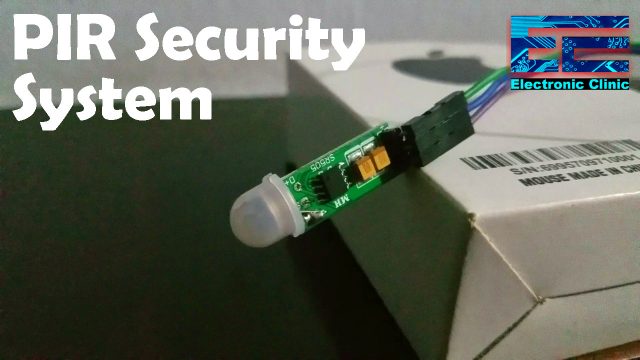 Number 1 on the electronic projects list is a Portable security system based on the mini PIR sensor, 2n2222 NPN transistor, and a 5V buzzer. This is such an amazing low cost security system, there is no need for the Arduino Board or any other microcontroller board. This mini PIR Sensor is used with the BC547 or 2N2222 NPN transistor to control a buzzer. The buzzer can be replaced with a 5v relay. Now let’s have a look at the circuit diagram. 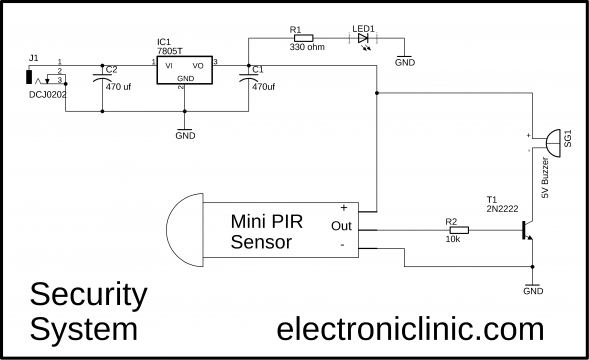