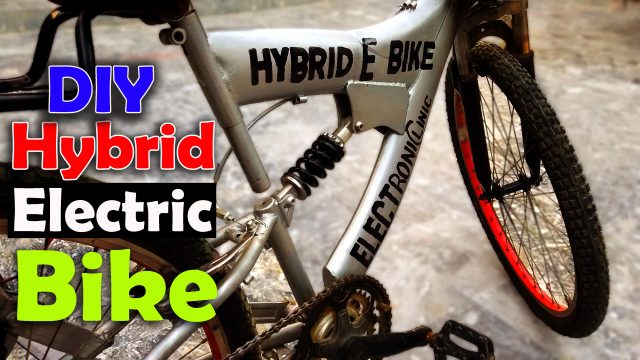 In this tutorial, we are going to make our own electric bike motor controller using mc33151 dual Mosfets driver IC, high ampere Mosfets, a potentiometer, and Arduino. To reduce the price and to explain the extreme basics I am going to use the potentiometer to control the speed of the Electric Motor.

This tutorial is divided into two parts.

In Part1 I completed the mechanical work while in Part2 I covered the motor driver circuit explanation, programming and testing. Detailed video tutorials are available at the end of this article.

While part2 is about the circuit explanation, connections, interfacing, programming, and testing. Part2 is really important which I am going to explain. Let’s start with the circuit diagram. 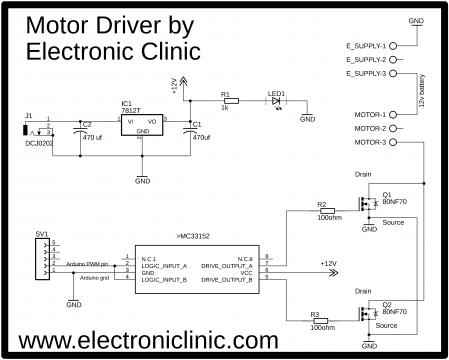 This schematic is designed in Cadsoft Eagle 9.1.0 version. If you want to learn how to make a schematic and PCB then watch my Tutorial.

The MC33151 Eagle library can be downloaded from my website. First, let’s start with the Power Supply.

Pin number 2 and pin 4 which are the logic input A and logic input B are connected together and will be connected with the PWM pin of the Arduino or Mega. Pin number 5 and pin number 7 are used to control the MOSFETs. As you can see the Drains are connected together and the sources of both the MOSFETs are also connected together. With motor-1 and motor-3 we connect the motor while with E_Supply-1 and E_Supply-3 we connect the 12volts. Before making the PCB I checked this circuit on a Vero board, and performed all the tests, after I was satisfied with the result, then I designed a PCB, generated the Gerber files and placed an online order on the NextPCB official website.

The online order placement is explained in the video tutorial given at the end. 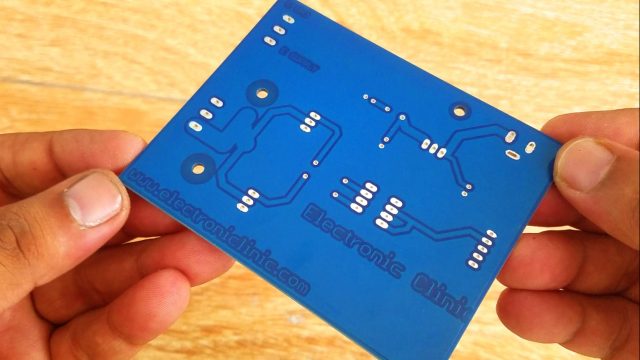 This is the PCB which I received from the nextpcb, as you can see the quality is really great, the silkscreen is quite clear and the blue soldermask looks amazing. I am really satisfied with their work. 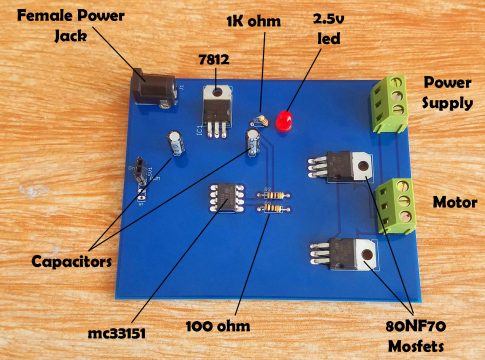 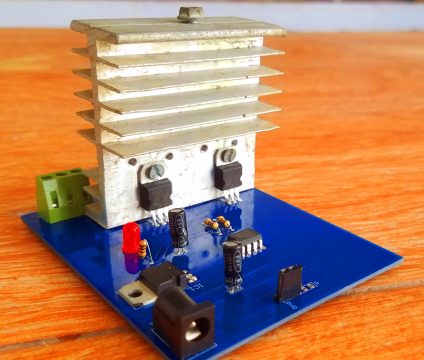 As you can see I installed a Heatsink, this is really important, otherwise, the Mosfets will really get hot. Use a large Heatsink. 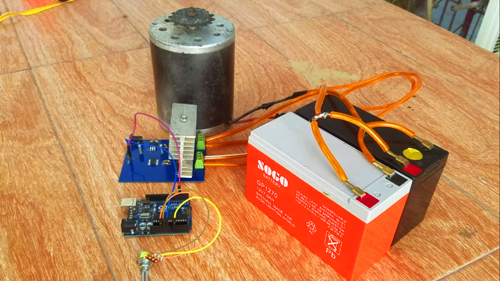 In the void loop function, we simply read the variable resistor, then using the map function we limit the value from 0 to 255 and then finally we use the analogwirte function which you are quite familiar with.

For the practical demonstration watch video tutorials given below.