The NAND gate is in fact a NOT – AND gate, which is obtained by mounting a NOT gate on the output of an AND gate. This has been explained with the help of logic symbol as portrayed in figure 2.24 (a) and the Boolean expression in figure (b). In other words, a gate which performs inverted AND function, is called NAND gate. In figure (a), a small circle or bubble made on the NAND gates’ logic symbol’s output, can be seen, which reflects the inversion function of AND gate. Remember, a NAND gate is also used as a universal gate (that’s a required logic junction can be obtained through mounting it on any basic gate), therefore its application in industry is deemed as a phenomenal. 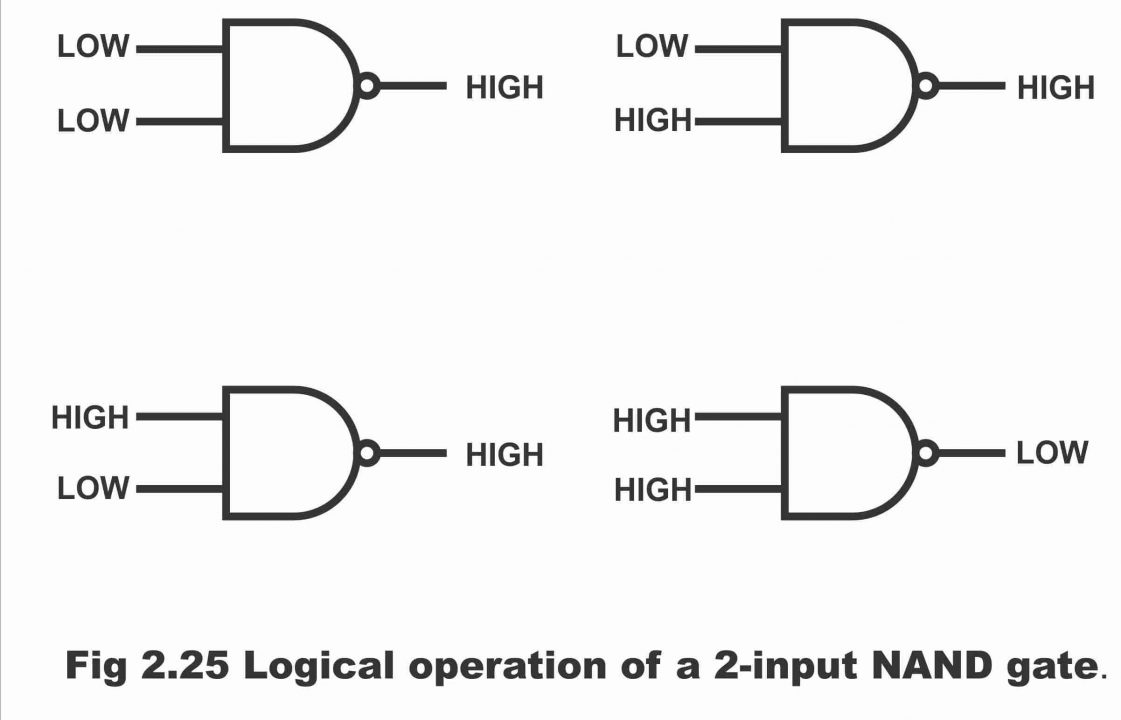 The Boolean or logic expression of two – inputs NAND gate is illustrated as under:

The afore–mentioned expression obviously tells us that two input variables A and B first perform the function of AND, then they get inverted or complement, as is visible from a bar placed above AND expression.

If a NAND gate comprising two input diodes and a transistor invertor or transistor NOT are inter-connected to form a circuit, this circuit is called a DTL NAND gate. This has been shown in the figure 2.27. the working mechanism of this circuit is as under: 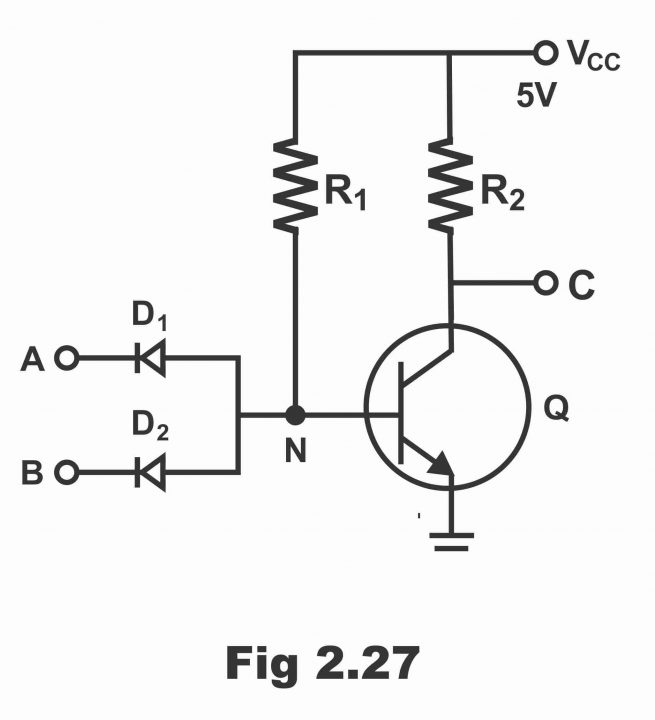 When diode D1 or diode D2 or both diodes conduct, then point N becomes ground. That’s potential of point N becomes zero (the input states have been shown as 10, 01 and 11 in the truth table). Under such a situation, transistor Q becomes off and supply voltage (VCC = +5V) are received on output C (that’s output becomes high or level 1).