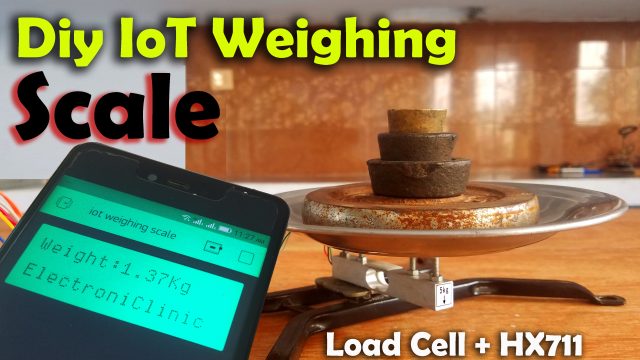 IoT Weighing Scale– In this project, you will learn how to make an IoT Weighing Scale using Hx711 24 bit analog to digital converter, a 5Kg Load Cell or Strain Gauge, Nodemcu ESP8266 WIFI Module, Arduino, and a cell phone application designed in Blynk.  Later in this tutorial, I will explain why I am using Arduino with the Nodemcu ESP8266 Wifi Module. With this DIY low-cost IoT Weighing Scale, you can measure and monitor weights from anywhere around the world. For demonstration purposes, I am using some known weights 50 grams, 100 grams, 200 grams, and 1 Kg.

This is my 3rd tutorial on the HX711 and load cell which explains how to use the Wifi technology to make an IoT based Weighing Scale. While in my previous two tutorials, I explained the basics, like for example what is HX711, Soldering, Interfacing, and the Load Cell or Strain Gauge calibration. I highly recommend you should read my previous two tutorials and then you can resume from here because this tutorial is entirely based on my previous two tutorials. I will modify the previous program and I will also explain how to establish the Serial communication between the Arduino and Nodemcu ESP8266 Wifi module and then how to display the weight information on the 16×2 LCD widget.

Making of the Weighing Scale Machine: 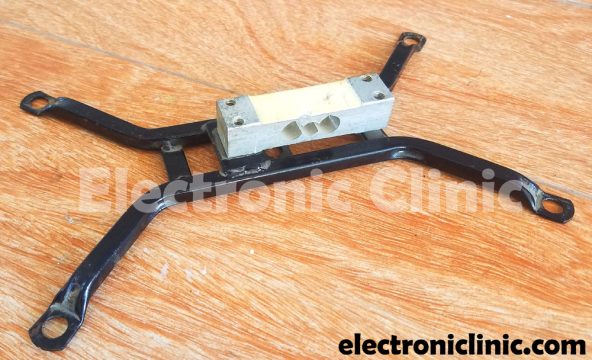 I salvaged this thing from an old scale. I am going to replace this old load cell with the new one which you can see in the picture below. In this project, I am using a 5kg load cell or strain gauge.

Finally, I fixed a steel plate. Which is explained in the video given at the end of this article. 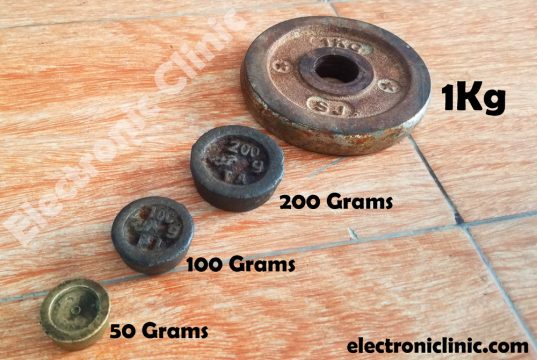 These are some known weights, which I will be using during the demonstration. 50 grams, 100 grams, 200 grams, and 1Kg. Now let’s have a look at the complete connection diagram of the IoT weighing Scale. 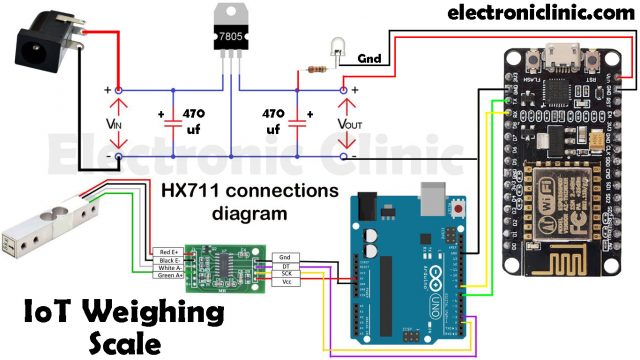 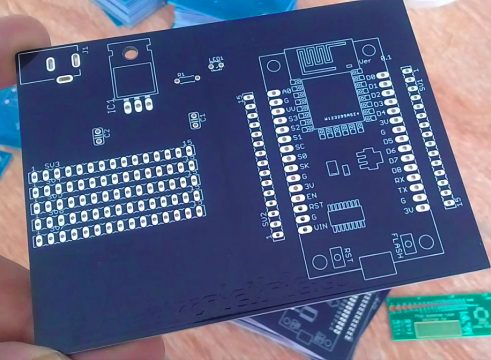 The final Nodemcu ESP8266 power supply board can be seen in the picture below. 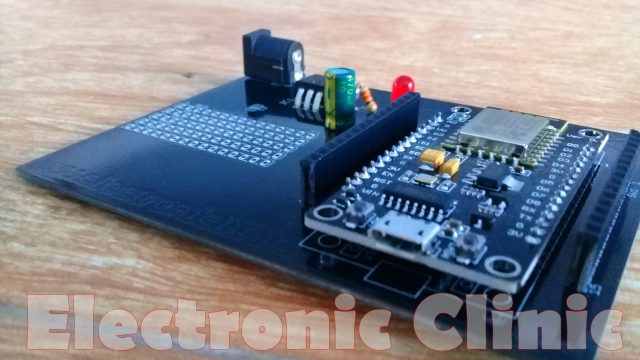 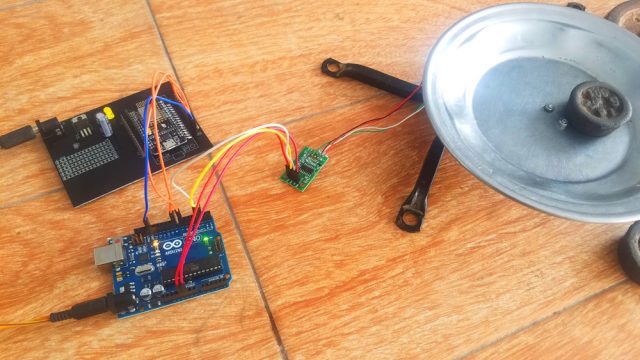 You can make this IoT based Weighing Scale using only the Nodemcu Module, but the reason I have added the Arduino board is if in case you want to add an LCD or a keypad, etc. To reduce the size you can also use Arduino Nano. Now let’s make the Blynk application.

For the step by step Blynk application explanation watch video available at the end of this article or you can follow the following steps.

That’s it the application is ready.

This is basically the same program I used in my previous two tutorials, this time I made a few changes. I added the SoftwareSerial and stdlib libraries, created a Serial Port for the Nodemcu module, defined some variables while the calibration factor value remains the same.

In the void setup function, I activated the serial communication, while the other instructions remain the same.

In the void loop function, I added the dtostrf() function to convert the Float value into the String value. Then I created a complete message and finally using the println function the complete message is sent to the Nodemcu module and also to the serial monitor for the debugging purposes. Now let’s have a look at the Nodemcu programming.

These are the same libraries I have been using in all of my Nodemcu based projects.

Data to the LCD widget is sent through the virtual pin V2.

This is the authentication token, which was sent via email, I simply copied and paste it over here.

These are the wifi credentials, the router name which is the ssid and the password.

I defined some variables.

// You can send any value at any time.

The mytimerevent function is already explained in my previous iot based projects. The void setup function remains the same.

If the Nodemcu module has not received any data from the Arduino, then simply keep executing the blynk.run() and timer.run() functions.

If the Nodemcu module has received data from the Arduino then read the serial port, add the received character with the myString variable.

This condition makes sure that the entire message is received. Then using the getvalue function the string is split. And then finally, the weight information is sent to the blynk application.

Getvalue is a user-defined function that is used to split the string message using any character as the delimiter, in my case I have used a comma as the delimiter. So, that’s all about the programming.