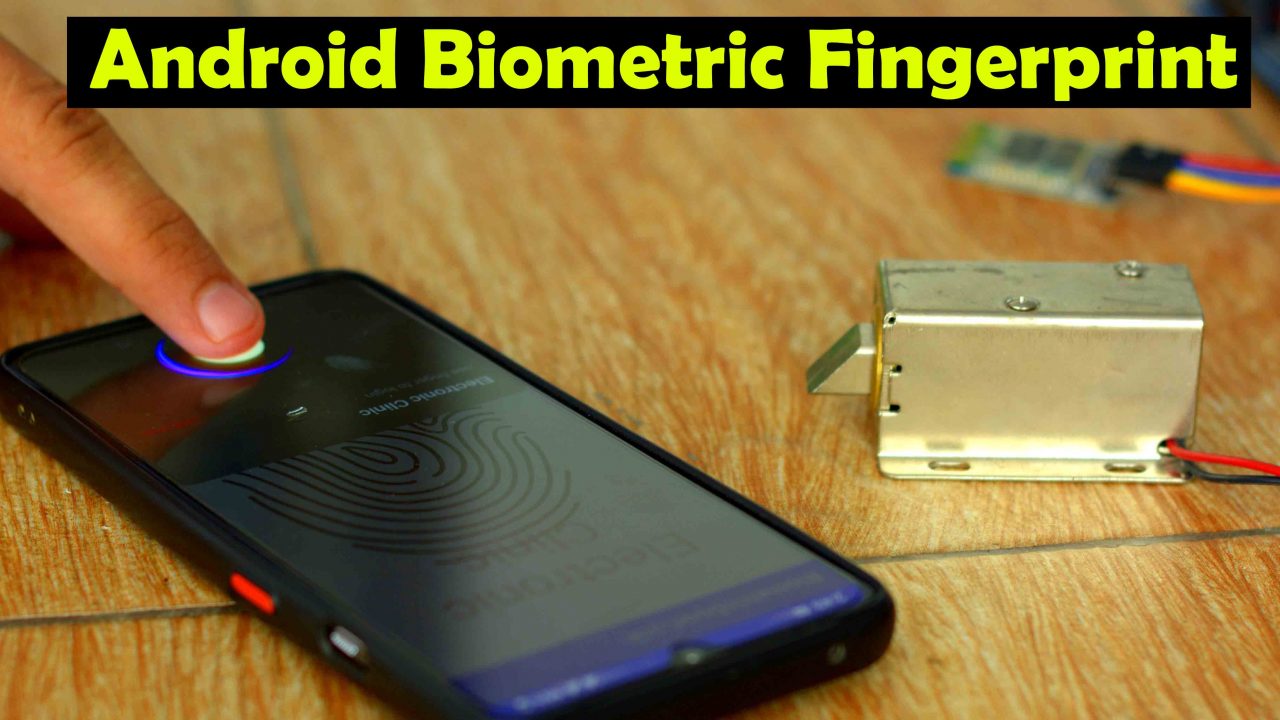 Arduino Fingerprint Door Lock, Android biometric, Fingerprint app lock- Nowadays, smartphones or cell phones flooding the market are mostly equipped with the fingerprint module feature, which is often used for the unlocking of a cell phone. If you have a slightest of experience to design an android application, you can easily design an android biometric fingerprint application. You can design a student attendance system, you can control your car, and you can even keep your door lock under your control, and as such, you can plan a number of related projects.

As I am basically designing this project for beginners, I will attempt to explain every aspect in detail. Guys, you do not have any need to bother at all, in case you have not used the android studio. You can download the complete project source code of the fingerprint application from my Patreon page. 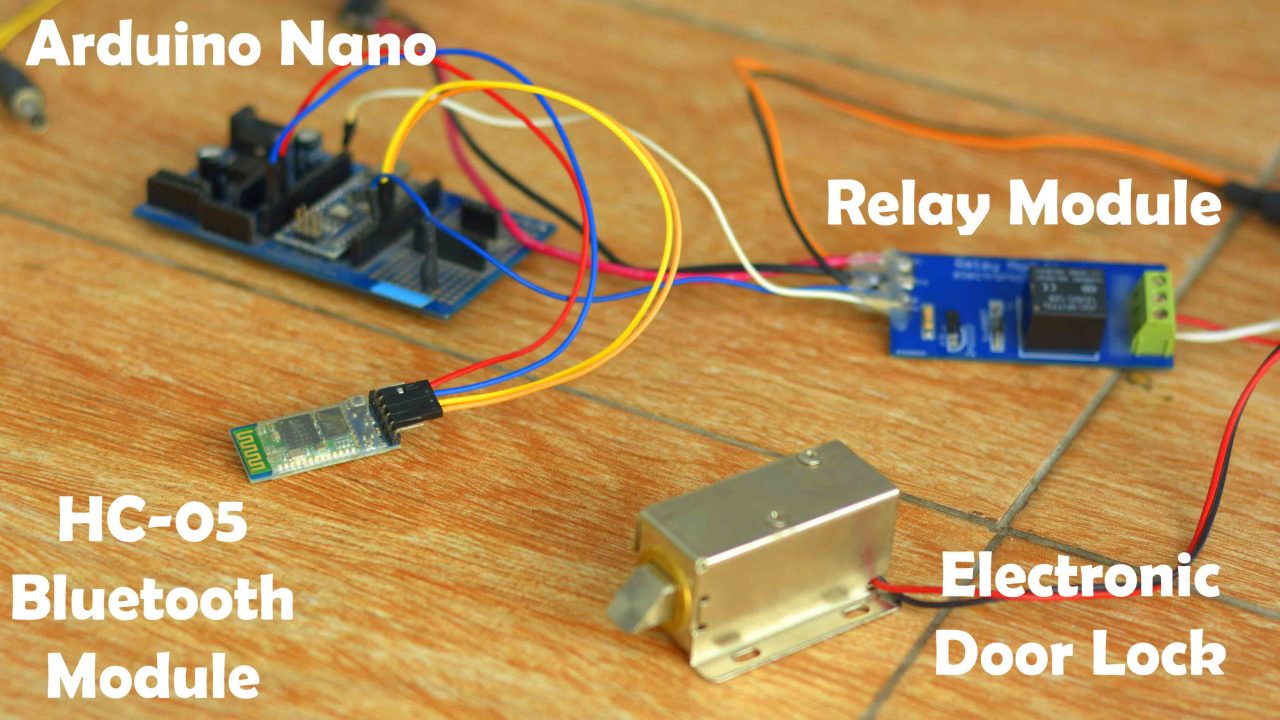 I have connected everything as per the circuit diagram which I will explain in a minute. First, I am going to explain how this project works, and then I will start a practical demonstration. The cell phone connects with the Arduino through a Bluetooth connection. So, the door unlock command is sent wirelessly which eliminates the need for any physical wiring. Since we are not using a dedicated fingerprint module with the Arduino; so, it reduces the project cost, wiring, size, and most importantly the programming. So, let’s kick off our practical demonstration, and afterward, I will explain everything else.

I have powered up all the electronics. Now, I can open the Android biometric fingerprint application and start controlling the electronic door lock. 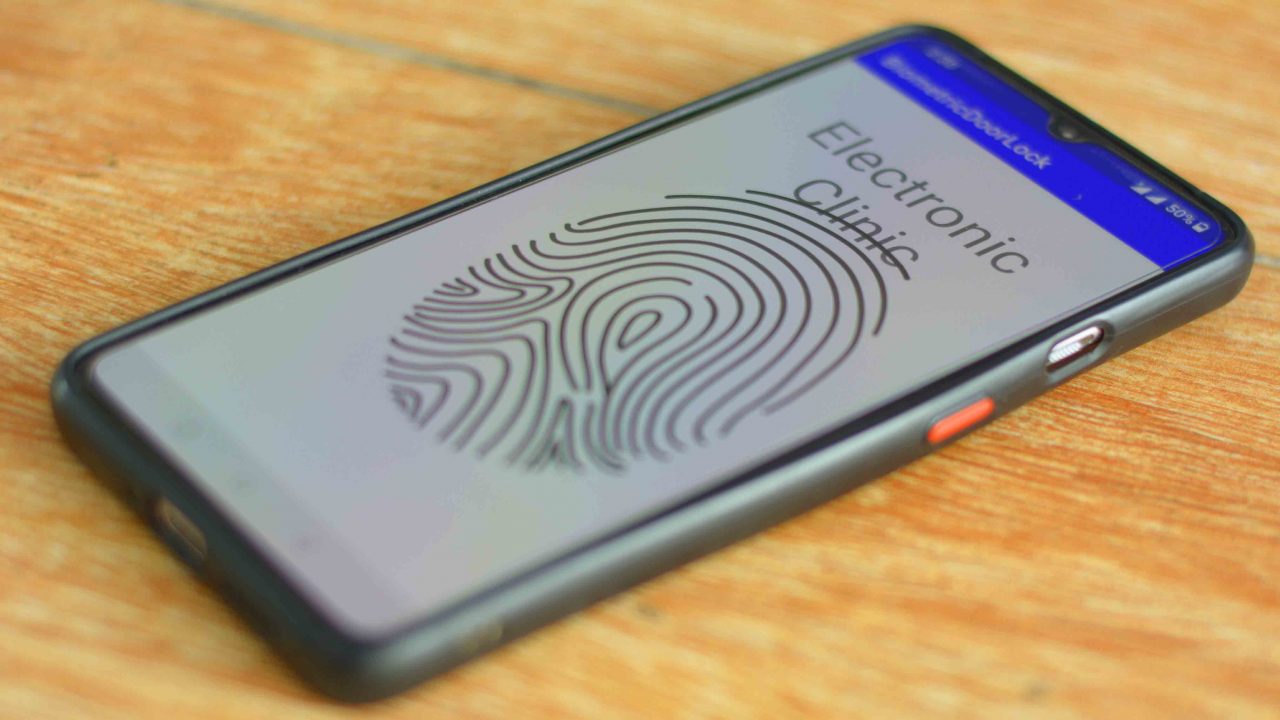 Once the Biometric fingerprint application is opened, simply click on the fingerprint image, and it will ask to put your finger. 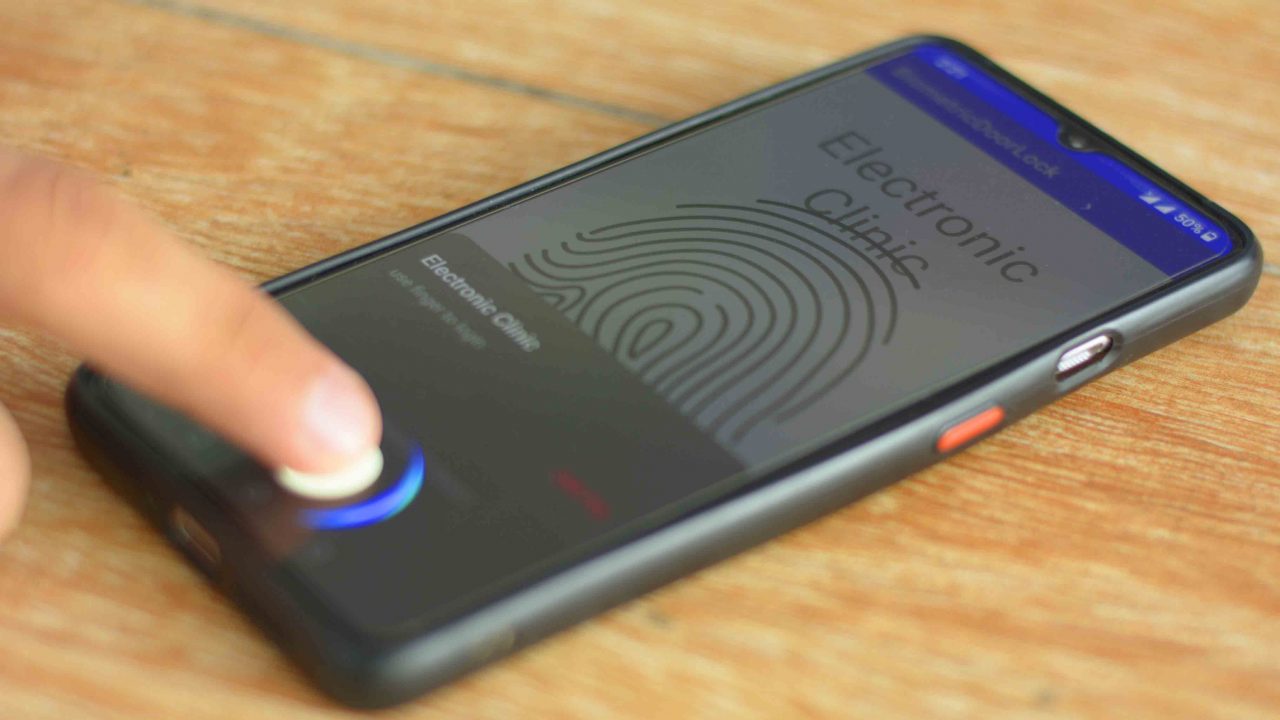 Only the smartphone owner can open the Door Lock. The same application can be installed on multiple cell phones to control the same electronic door lock. For the step-by-step practical demonstration watch the video tutorial given at the end of this article. I am sure by now, you might have got an idea of how does this system work. So, without any further delay let’s get started!!!

On the left side is the 5V regulated power supply based on the LM7805 Voltage regulator. Two 470uF decoupling capacitors are connected with the input and output legs of the voltage regulator. The 7805 voltage regulator accepts a wide range of input voltages between 7 and 28 volts, this means you can power up this entire project using a solar panel or 12V DC adaptor or a 12V battery etc.

Digital pin 13 on the Arduino is used to control the Relay module. The TXD and RXD pins of the Bluetooth module are connected with the D2 and D3 pins of the Arduino.

I already have a very detailed article on how to design your own Android cell phone application. This application is designed in the same exact manner, the only difference is the addition of the fingerprint programming. You can download the Fingerprint application source code from my Patreon page. Once you open the project code, you will get an idea how I made certain changes. Now, let’s go ahead and take a look at the programming.

Note: This APK file; I have generated for my android cell phone, If it doesn’t work on your cell phone then you can download the android biometric fingerprint application code and using android studio then you can generate a new APK file compatible with your cell phone.

I started off by adding the SoftwareSerial.h header file. Using SoftwareSerial library I can define multiple serial ports. I don’t want to connect my Bluetooth module with the Arduino’s default Serial port, so that’s why I decided to use SoftwareSerial to define another serial port on pins 2 and 3.

I also defined a variable data of the type long int for storing the incoming data. Relay module is connected with the digital pin 13.

For this project I selected 92 as the password. You can increase the number of digits. You can also define a string type variable and this way you will be able to use numbers, letters, and special characters to define the strongest password.

Inside the setup() function, I set the relay module as OUTPUT device. And I also activated the Serial ports.

Inside the loop() function, we have a few lines of code. If no data is received from the Android application then do nothing. And if data is received then simply read the serial port and store the data in variable data.

If the number stored in data matches with the password1 then the door is opened for 5 seconds. And if a wrong password is received nothing happens. So, that’s all about the programming.