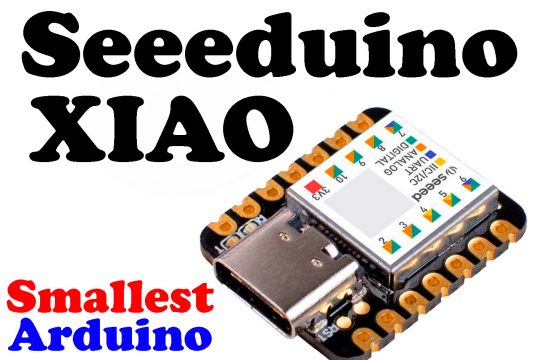 In this tutorial, we will cover,

This is the smallest Arduino Seeeduino XIAO. It is an Arduino microcontroller that is embedded with the SAMD21 mirochip. The first most prominent thing that you will notice about the Seeeduino is its very small size when compared with the Arduino Uno and Arduino Nano and is claimed to be the smallest member of the Seeeduino family. 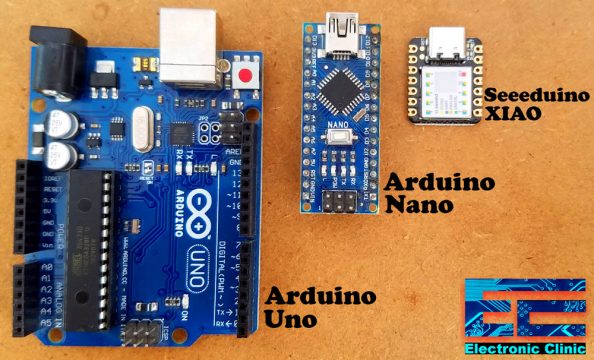 Seeeduino XIAO carries the powerful CPU-ARM Cortex M0+ (SAMD21G18) which is a low-power Arduino Microcontroller.  The Seeeduino is ideal for wearable devices and small DIY projects.

Perfect for all the projects need mini Arduino

Small size: As small as a thumb(20×17.5mm) for wearable devices and small projects. 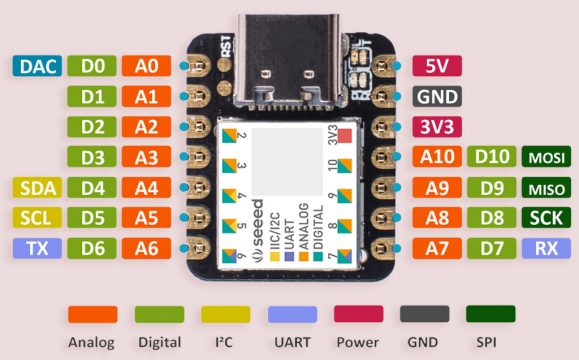 The Seeeduino has a total of 14 GPIO PINs, which can be used for 11 analog PINs, 11 digital PINs, 1 I2C interface, 1 UART interface, and 1 SPI interface. Some PINs have various functions, A1/D1 to A10/D10 Pins have PWM functions and Pin A0/D0 has a function of DAC which means you can get true analog signals not PWM signals when you define it as an analog pin, that’s why 14 GPIO PINs can realize more I/O PINs and interfaces.

All pins on Seeeduino XIAO support interrupts, but two pins cannot be used at the same time: Pin 5 and Pin 7.

There are power pads at the back of the XIAO which support battery and make it designed for wearable devices to become realistic. Except for the power LED, we add a user LED on board for your better coding experience. Usually a Dev. Board as small as this size will use the chip’s inner crystal oscillator for time fixing, in order to make the clock more accurate, Seeeduino XIAO layouts an extra 32.768KHz to make the clock more stable.

Sometimes the Seeeduino XIAO port may disappear when the user programming process fails. You can solve this problem by the following operation:

Connect the Seeeduino to your computer and short these two points twice. 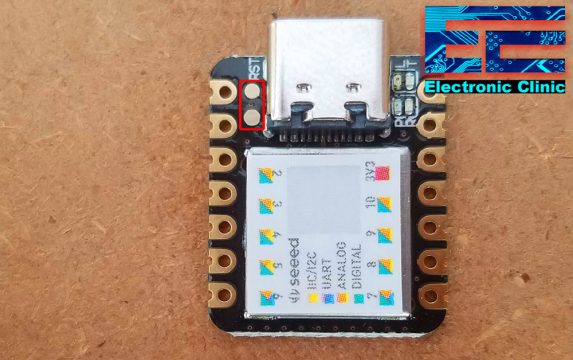 At this point, the chip enters Bootloader mode and the burn port appears again. Because the samd21 chip has two partitions, one is the Bootloader and the other is the user program. The product will burn a bootloader code in the system memory when it leaves the factory. We can switch modes with a quick reset.

You need to be careful while using the Seeeduino as All the I/O pins are 3.3V do not input more than 3.3V; otherwise, the CPU may be damaged. For the 5V sensors and breakout boards, you can use a voltage level converter. 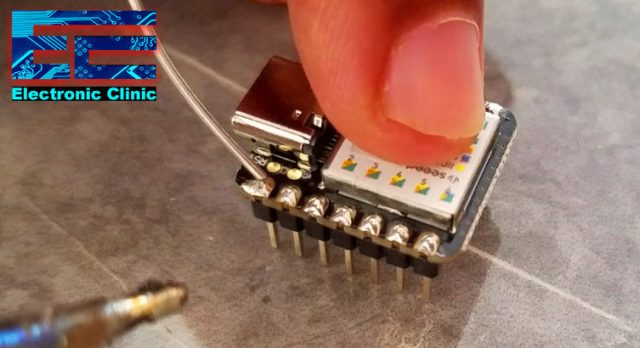 I soldered the male headers, so that I can easily use the Seeeduino XIAO with the Breadboard.

While the Arduino IDE is open. Copy the URL link given below. 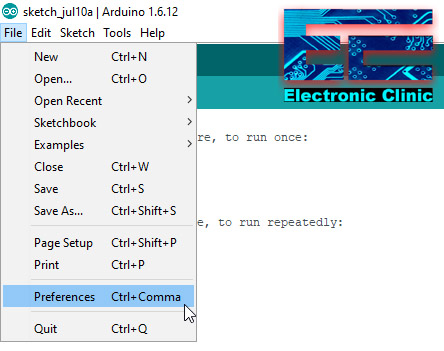 You can directly paste this URL, or if you have already added some URLs, then all you need is simply put a comma and then paste the URL. Finally, click on the Ok button. 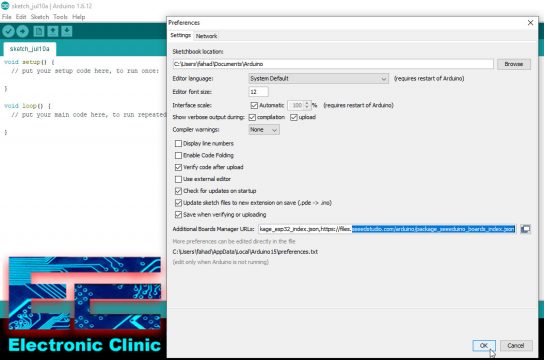 Search for the Seeeduino and install the latest version

Again click on the Tools menu go to boards and check if the Seeeduino XIAO board is added. 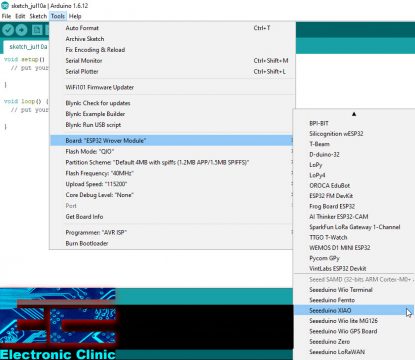 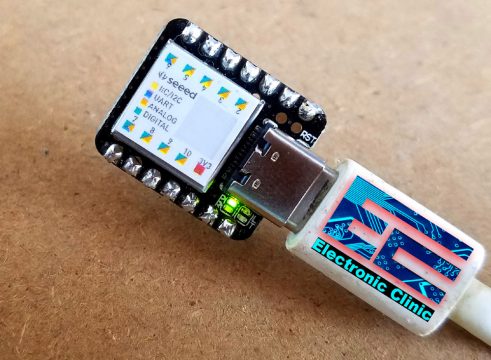 When you connect the XIAO with the Laptop, two LEDs are turned ON, the green led remains ON while the yellow LED turns ON and turns OFF at around 1 second interval. 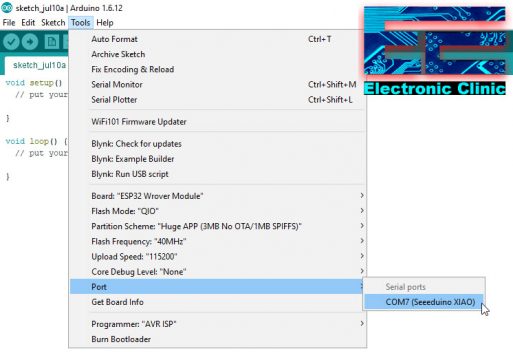 As you can see the port is enabled and on the right side you can see Seeeduino XIAO is available on COM7. Now the XIAO is ready for the programming. It’s programming is just like the Arduino Uno. The only difference is it has got more Analog pins and is very small in size. Just for your understanding, I am going to share with you some very basic programs that you can use to check your Seeeduino board.

The purpose of the above code is to send the “Hello world! Seeeduino XIAO” message to the serial monitor. This is the most basic program which can be used to check if the Seeeduino is working. 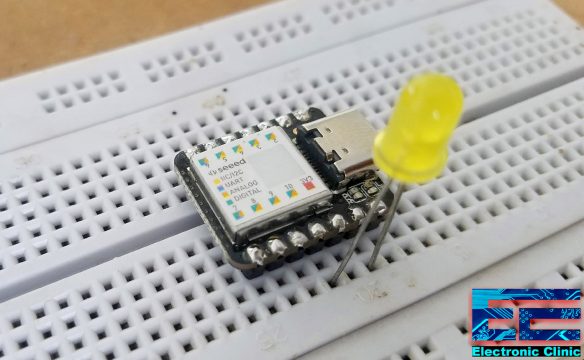 This is a very basic LED blinking program. The purpose of this code to turn ON and turn OFF the LED. I am using a 1 second delay. 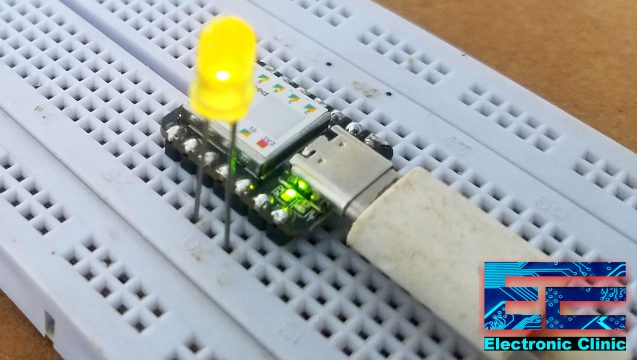 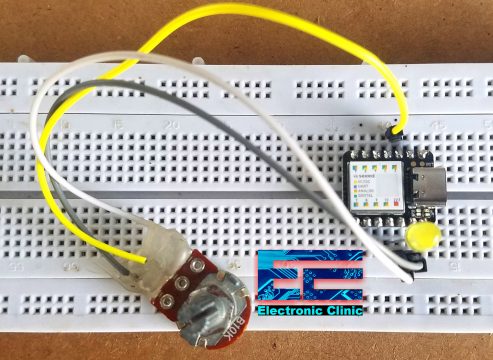 The purpose of this program is to control the ON and OFF time delay of the LED using the Potentiometer. The potentiometer is read using the analogRead() function and the value is stored in the variable Pot_Data. The value is then mapped and is used as the delay.

From these examples you know, the Seeeduino XIAO is just like the Arduino. Very soon I will use the Seeeduino in some intermediate and advanced level projects.