What is the Selection Sort :

In computer science, selection sort is an in-place comparison sorting algorithm. It has an O(n2) time complexity, which makes it inefficient on large lists, and generally performs worse than the similar insertion sort. Selection sort is noted for its simplicity and has performance advantages over more complicated algorithms in certain situations, particularly where auxiliary memory is limited.

The time efficiency of selection sort is quadratic, so there are a number of sorting techniques which have better time complexity than selection sorting. One thing which distinguishes selection sort from other sorting algorithms is that it makes the minimum possible number of swaps, n − 1 in the worst case. 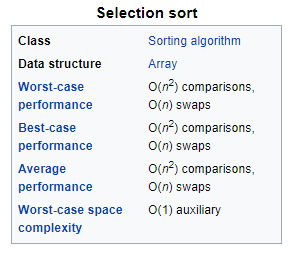 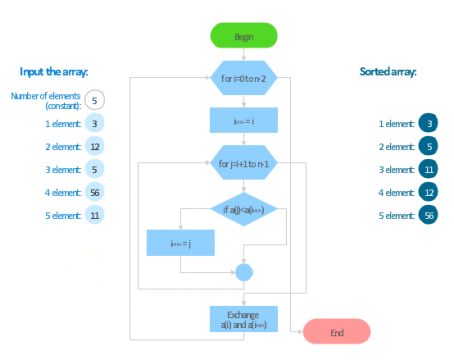 The selection sort method is also used for sorting arrays in ascending or in descending order. If an array has n elements, n-1iterations are required to sort the array.

The selection sort method is used to sort an array in ascending order.

This process is repeated until the entire array is sorted.

In the following example. The array that has 4 elements is sorted by selection sorting. There will be also three iterations to sorting the list in ascending order with the selection sorting method.

Example write a program which sorts the data in ascending order using the selection sort algorithm in c++: