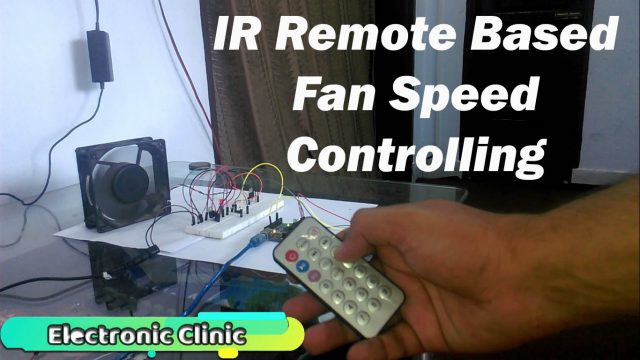 IR Remote and Sensor for Arduino

Optocoupler or Opto-isolator or a Phototransistor:

We can control the speed of a dc motor or Fan using only a transistor or MOSFET without using the Optocoupler or Opto-isolator. The best designing practice is to always add protection in an electrical circuit. To perfectly isolate the controller side from the Fan or Motor side we need to use such type of a device that can protect our controller from any damage if in case there is any short circuit. Let’s dig deeper for the best understanding. 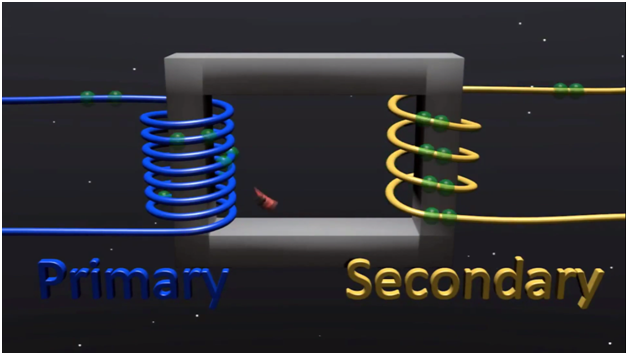 We know about Transformers that they can not only provide a step-down (or step-up) voltage, but they also provide “Electrical Isolation” between the higher voltage on the primary side and the lower voltage on the secondary side.

In other words, transformers isolate the primary input voltage from the secondary output voltage using electromagnetic coupling and this is achieved using the magnetic flux circulating within their laminated iron core 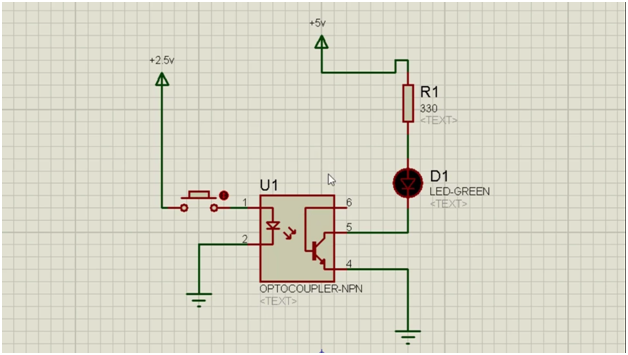 But we can also provide electrical isolation between an input source and an output load using just light by using a very common and valuable electronic component called an Optocoupler. 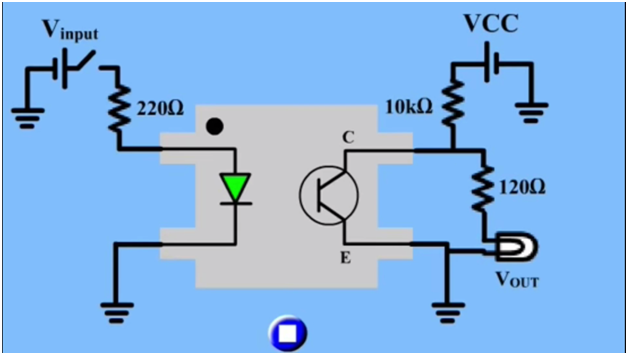 The basic design of an Optocoupler or Phototransistor, also known as an Opto-isolator, consists of an LED that produces infra-red light and a semiconductor photo-sensitive device that is used to detect the emitted infra-red beam. Both the LED and photo-sensitive device are enclosed in a light-tight body or package with metal legs for the electrical connections. 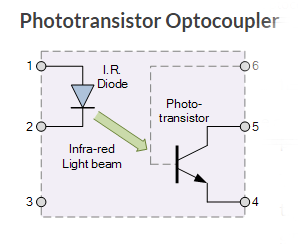 Assume a photo-transistor device as shown. Current from the source signal passes through the input LED which emits an infra-red light whose intensity is proportional to the electrical signal.

This emitted light falls upon the base of the photo-transistor, causing it to switch-ON and conduct in a similar way to a normal bipolar transistor. 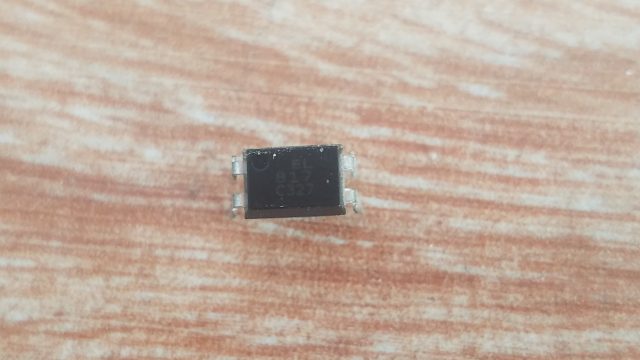 This is EL817 Phototransistor, Photo Coupler or Optocoupler or you can also call this Opto-isolator. The EL817 can be easily interfaced with the Arduino and is used to provide electrical isolation which I will explain in a minute. Let’s have a look at its datasheet. 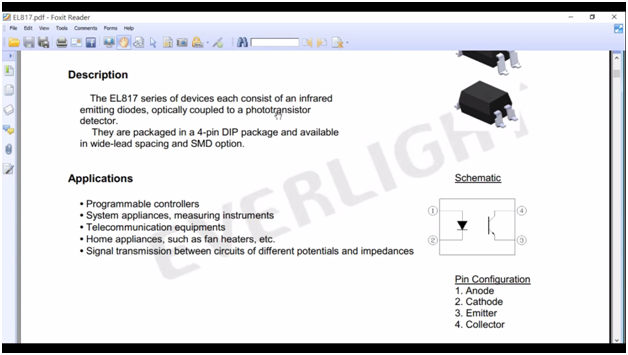 The EL817 series of devices each consist of an infrared emitting diode, optically coupled to a phototransistor detector.

On the right side, we have the schematic symbol

Pin number1 is the Anode

Pin number2 is the Cathode

Pin number3 is the Emitter and

Pin number4 is the Collector 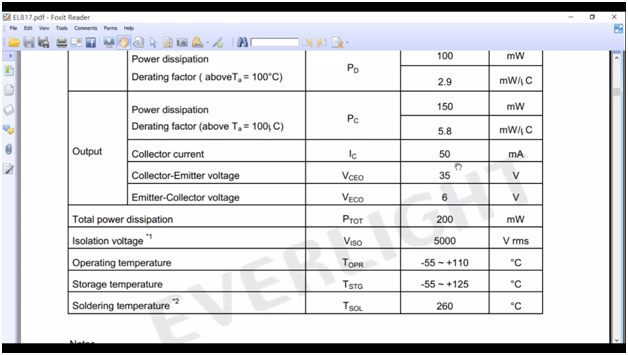 And collector to emitter voltage can be up to 35 volts. 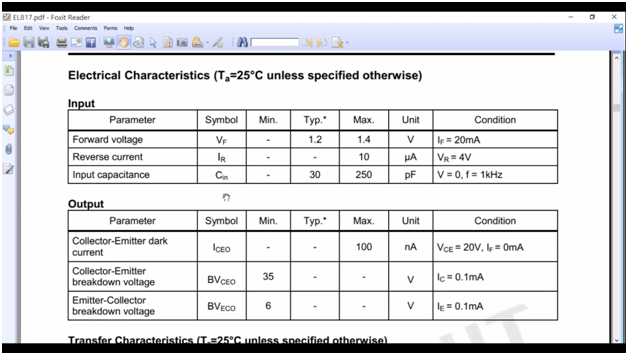 The forward voltage, which is the voltage needed to turn on the infrared led the typical voltage is 1.2volts and the maximum voltage is 1.4 volts. And its forward current is 20 milliamps.

As we are going to control this Optocoupler using Arduino Uno, and you know that the voltage available on any pin is 5v when turned on. This 5v can damage the infrared led, so for this, we need to use a current limiting resistor in series with the LED. Let’s find out the value of this resistor.

The typical voltage is 1.2 volts and the forward current is 20 milliamps.

The nearest value is 220 ohms, while at this time I have 330 ohm resistor, so I am going to use this resistor.

So, that’s all, about the Optocoupler and I am sure now you know the basics. Now let’s have a look at the specifications of the CPU Fan that we will be using in this project.

About the Computer CPU Fan: 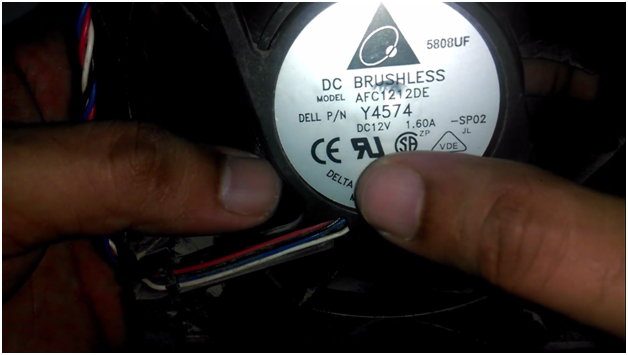 As you can see it needs 12v and 1.6Amps. To control the speed of this Fan we need a MOSFET or a transistor which can handle 1.6Amps. Well, I have TIP122 transistors lying around, let’s have a look at this datasheet.

This is the TIP122 NPN Transistor. 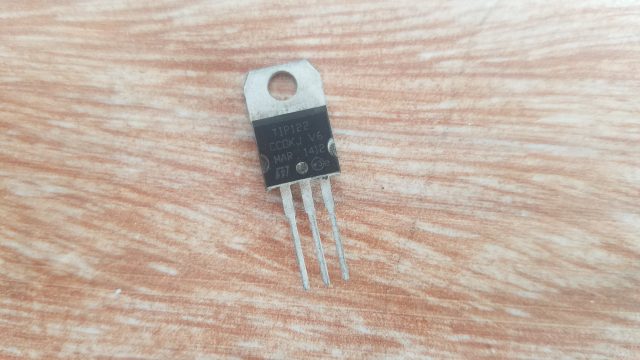 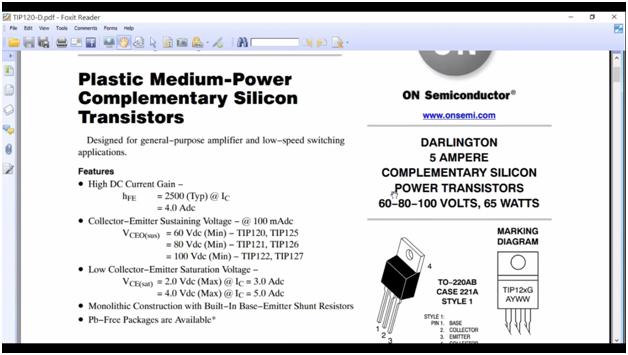 Pin number1 is the base.

Pin number2 is the collector

And pin number3 is the emitter.

We covered almost all the basics before I discuss the complete circuit diagram; first, let’s find the keycodes of the IR remote using Arduino Uno.

In the Following Picture you can see the IR Remote Sensor and Remote control. The IR sensor interfacing with the Arduino is really simply. 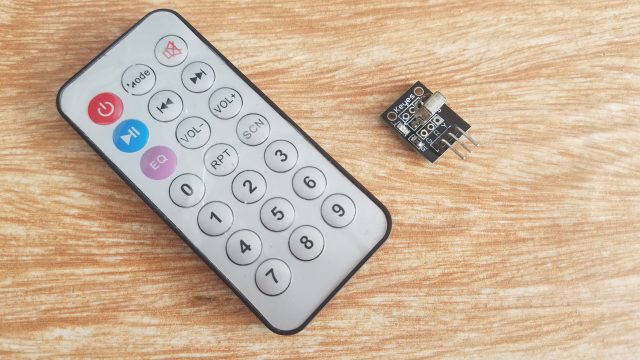 Finding the key codes of the Remote controller:

We can use the IR Remote controller to control the speed of the DC Fan or Motor only if we know the keycodes of the IR Remote.

This is the program written for finding the hex values of the IR remote.  First of all make sure that you download Irremote library, and then paste it into the Arduino’s libraries folder. 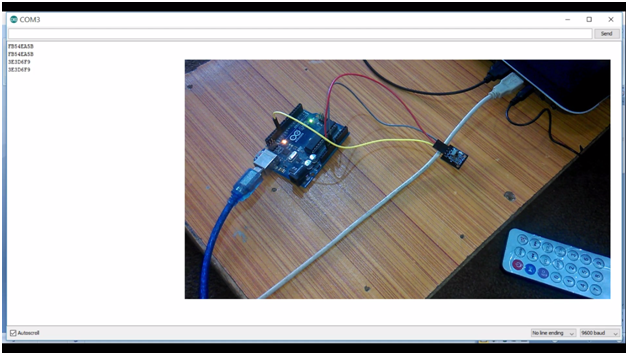 Make sure you double-check the codes by pressing the same button two or three times. So above are the hex values of the Vol+ and Vol- which will be used in the programming.

This is the complete circuit diagram designed in CadeSoft eagle, if you want to learn how to make a schematic and PCB watch the tutorial.

As you can see clearly the left side has no physical connection with the right side and provides perfect isolation, the only medium of communication is the light.

I also tested the maximum connections using the Proteus simulation. 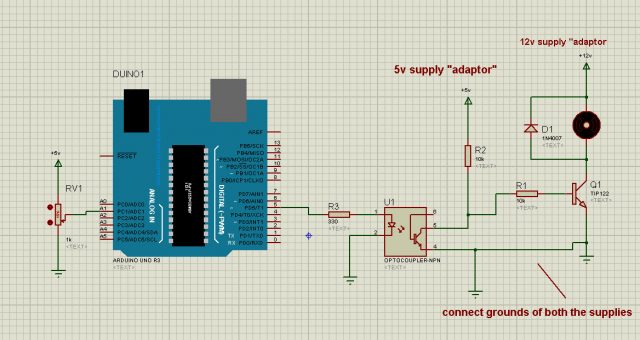 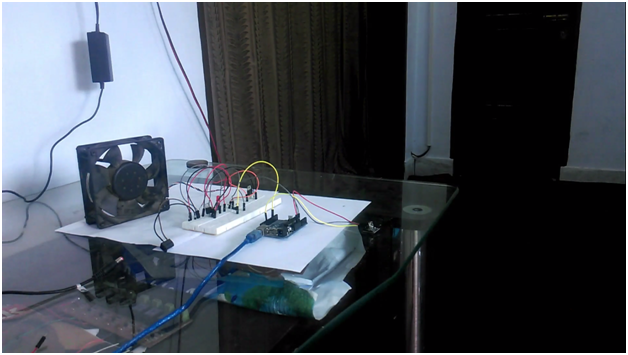 I did all the connections on the Bread Board.

For the step by step, explanation watch the following video Tutorial. Don’t forget to subscribe to my YouTube channel. Support my channel by liking and sharing this video. If you need any help regarding any project let me know in a comment.