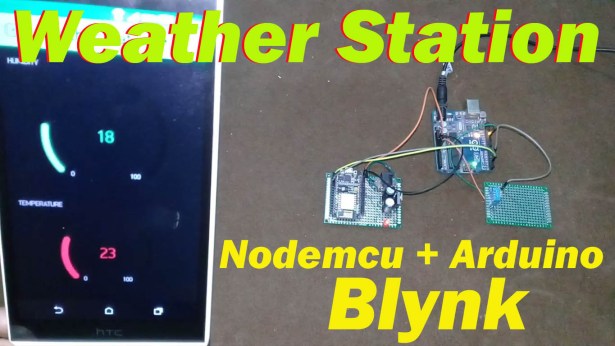 IoT Weather Station Project- A few months back I posted a tutorial on Arduino based weather station, in which I displayed the humidity and temperature values on gauges. 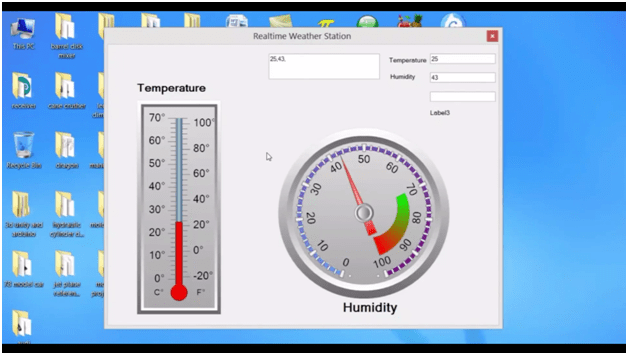 The software which you can see was designed in vb.net 2010 Express Edition. This project needs a computer system to display the temperature and humidity values in real-time. We can make the same exact project without using the Computer or Laptop. So I decided to make another version of the same weather station using Arduino, dht11, Nodemcu ESP8266 Wifi Module, and Blynk application. So, that we can monitor the temperature and humidity values in real-time from anywhere around the world using our cell phone.

I will also explain why we are using Arduino and Nodemcu ESP8266 together, while we can do this by only using the Nodemcu module. In this tutorial, I will cover the maximum things. If in case you find any difficulty you can watch a video Tutorial given at the end of this article.

Without any further delay, let’s get started

Male Headers:
Other Tools and Components:

Arduino and Nodemcu ESP8266 together:

This Project is based on my previous two tutorials.

In this tutorial, you will learn how to install the Nodemcu esp8266 wifi board and how to download and use the blynk library and how to fix the USB UART driver error.

While in this tutorial you will learn how to make a power supply for Nodemcu esp8266 wifi module so that it can be easily powered up using a 12v adaptor or battery.

First of all, let’s start with the datasheet of the DHT11 Temperature and Humidity module. 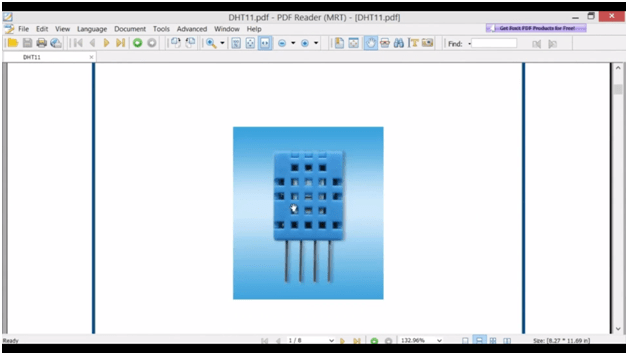 This is the dht11 sensor that we will be using today, this datasheet consists of all the necessary information that you want to know about dht11, like for example. 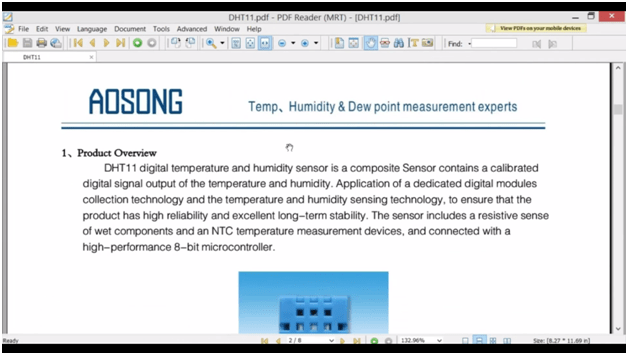 Applications, which clearly explain; where you can use this particular sensor. 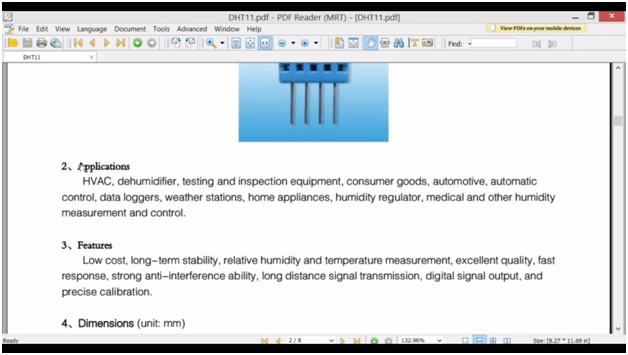 And product parameters, which is the most important part and you should definitely read this.

The electrical characteristics, which tells you how much voltage it needs. 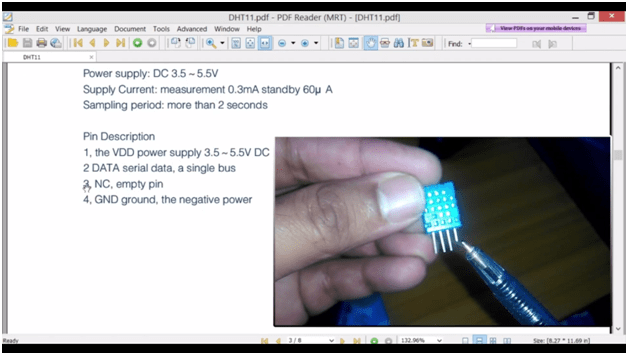 As it needs 3.5 to 5.5volts so this sensor can be easily powered up using the Arduino’s 5v.

Pin description, the dht11 sensor has four pins, the left most pin which is the pin number1 can be connected with Arduino’s 5v… Pin number2 is the data pin…pin number3 is not connected…while pin number4 is the ground.

J1 is the DC Female Power Jack and this is where we connect a 12v Adaptor, A Battery, or a Solar Panel. Two 470UF capacitors are connected at the input and output sides of the LM7805 voltage Regulator. In the circuit diagram above you can see the Arduino’s 5v pin is connected with the Nodemcu Vin pin, sometimes it works but usually, it fails and keeps resetting, So don’t power up the Nodemcu module from Arduino. Connect the output of the 5v regulated Power Supply with the Vin Pin of the Nodemcu ESP8266 Wifi module. and also connect the ground of the Power Supply with the Arduino’s Ground. Connect the Tx and Rx pins of the Nodemcu module with Pins 2 and 3 of the Arduino Uno.

Watch video Tutorial give at the end or follow the following instructions: 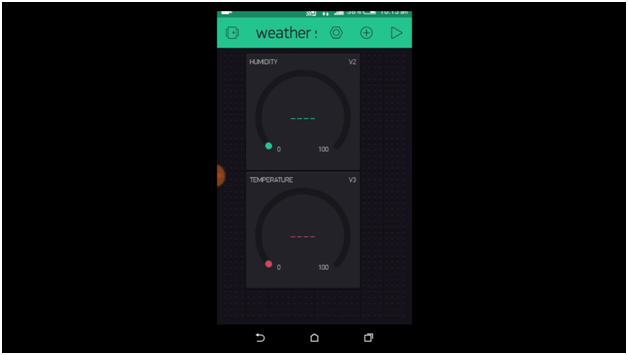