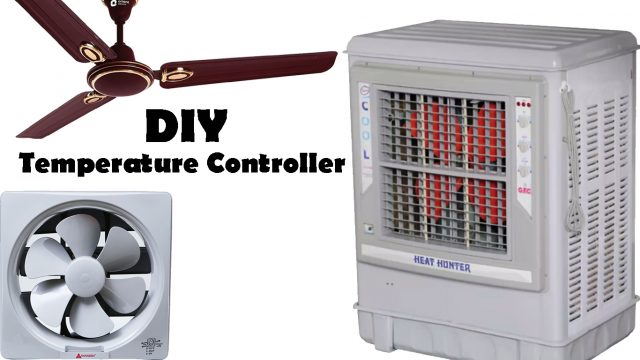 The DC room coolers and Fans are quite famous in Pakistan and India due to the load shedding. More than 80% of the families in my area use the DC fans or DC room coolers. The DC Fans and room coolers so far I have seen in the market have no temperature controllers. This is the reason I am making this project.

In this tutorial we will be using the dht11 sensor, well we can also use lm35 or any other temperature sensor. But, if you look at the prices of both the sensors “LM35 & DHT11” then dht11 is the best choice as it also gives the humidity values and moreover dht11 programming is much easier than the LM35. In my previous tutorials, I have also used other temperature sensors like k-type thermocouple which is most commonly used in industries, used for monitoring temperatures up to 1000C. I have also used a bmp180 sensor, which gives temperature, pressure, and altitude. You can also find articles on this website based on the DS18B20 waterproof one-wire digital temperature sensor but for this project, I am going to use the dht11 Temperature and humidity Sensor.

In this tutorial, I will cover the following. 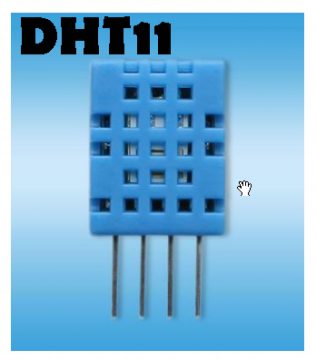 collection technology and the temperature and humidity sensing technology, to ensure that the

product has high reliability and excellent long-term stability. The sensor includes a resistive sense of wet components and NTC temperature measurement devices and connected with a 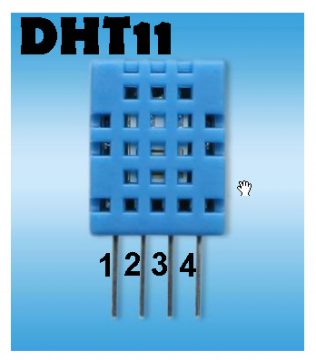 For more details download the DHT11 datasheet given below.

A relay module is controlled using the Arduino’s pin number 13. You can use a readymade relay module or you can make the one by yourself by following the below designing steps.

Relays can be controlled through a low voltage signal and can be used to control a high power circuit with a lower power circuit. To make a relay Operate, first of all, we will have to energize the relay coil by simply passing the current through the relay coil. Most of the relays which are available in the market are 12v and 24v. I will be using a 12v relay. 12v relay cannot be directly controlled by the controller, that’s why electromechanical relay needs a driver circuit. A driver circuit simply consists of an NPN or PNP type transistor and a resistor. It depends on the designer whether he/she wants to use the PNP or NPN. I will be using an NPN transistor in this project for controlling the relay.

For the Driver circuit to design, first of all, we find the relay coil resistance using a digital multimeter. The relay voltage is already known which is 12v. then by using the Ohm’s law

A 10k resistor is connected with the base of the 2n2222 NPN transistor as it’s a BJT bipolar junction transistor and it’s a current-controlled device so that’s why a 10k resistor must be added to limit the current. then we get the below circuit. Through this circuit, we can control an electromechanical relay through a microcontroller.

As you can see in the circuit diagram above, ground from a 12V battery is directly connected with the DC Motor, while the 12V wire from the battery is connected with the DC motor through a relay. Now, by turning ON and turning OFF this relay the DC motor can be controlled. Now we will write a program to control this Fan or room cooler automatically depending on the room temperature.

For the practical demonstration watch video given below.