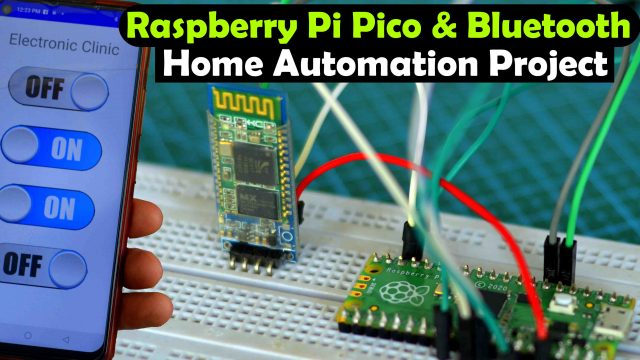 For this project, I also designed my own Android cell phone Application using Android studio. I have a very detailed article on how to design your own Bluetooth-supported android cell phone App. Anyways, before I am going to explain the circuit diagram, and programming first let’s watch the Raspberry Pi Pico and Bluetooth-based Home automation project in action.

Altium Designer is the world’s most trusted PCB design system. Altium Designer enables engineers to effortlessly connect with every facet of the electronics design process. Over 35 years of innovation and development focused on a truly unified design environment makes it the most widely used PCB design solution. With Altium Designer you can create PCB designs with an intuitive and powerful interface that connects you to every aspect of the electronics design process. Route it your way through any angle, tune for the delay, Push, Slide, and Walkaround faster than ever. Interact and collaborate with mechanical designers like never before in a photo-realistic, 3D design environment. If you want to get started with the Altium designer, you can click on the get started.

When everything is powered up never touch the relay contacts and other exposed wires as 110/220Vac can be really dangerous. Don’t forget to wear protective gloves and it’s good to have someone with you while performing such high voltage experiments.

Next, I am going to connect my Android cell Phone App with the HC05 Bluetooth module. 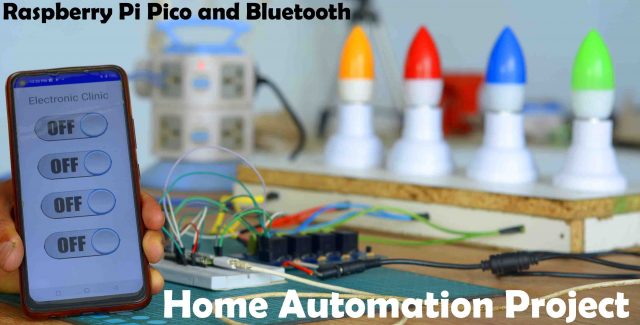 As you can see, right now all the buttons in the Android cell phone App are OFF and that’s why all the 4 lights are OFF. 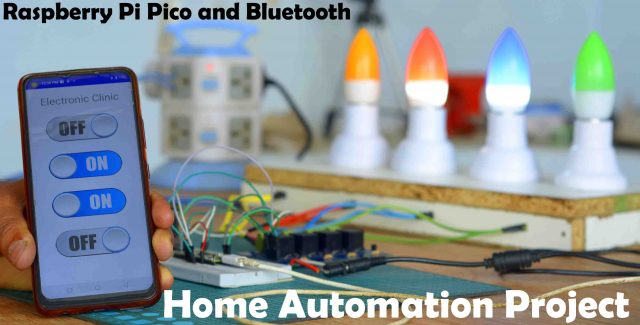 I have used the same HC05 Bluetooth module with different controller boards but the way it works with the Raspberry Pi Pico is simply amazing. I didn’t see any delays and false triggering. Raspberry Pi Pico is insanely fast and it’s better than Arduino in every aspect. Think about the Raspberry Pi Pico twice before you think of purchasing the Arduino board for your upcoming Bluetooth-controlled robotic car project, Door Lock project, etc. Anyways, now you have got an idea of what exactly you are going to learn after reading this article. So, without any further delay, let’s get started!!! 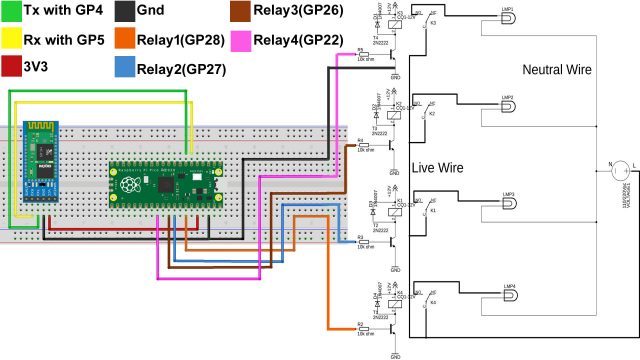 A 4 channel relay module is connected with the GP28, GP27, GP26, and GP22. You can use a readymade relay module or you can build a one yourself by following these connections. All 4 relays are of the type SPDT “Single Pole and double throw. To control these relays, I am using 10K ohm resistors and 2n2222 NPN transistors. Don’t forget to connect the GND of the relay module with the ground of the Raspberry Pi Pico. 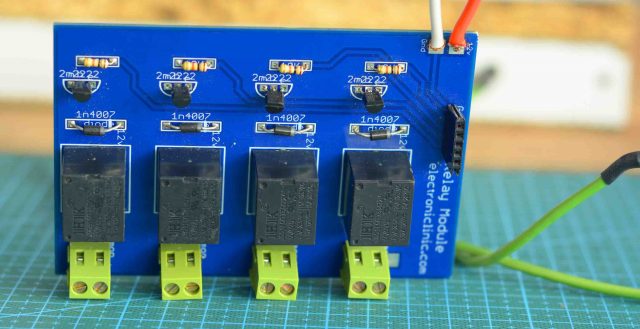 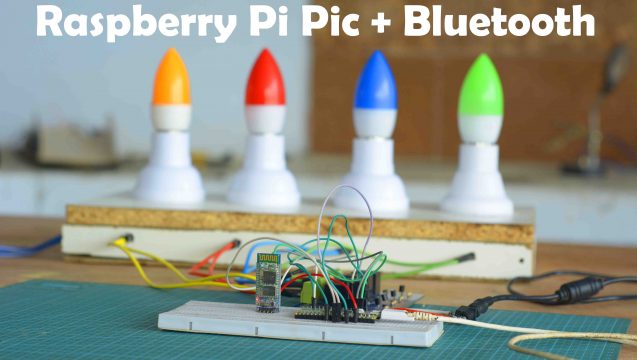 For the demonstration purposes, I am going to control these 220Vac light bulbs, if you want you can also use other AC or DC loads. Now, I am going to connect these lights with the relay module. I completed all the connections as per the circuit diagram. Now, let’s take a look at the programming.

The Raspberry Pi Pico and Bluetooth-based Home Automation programming in MicroPython are far simpler than the Arduino programming.

We simply import the UART pins to which the Bluetooth module is connected. Next, we define the baud rate which is the communication speed in bits per second.

I also imported the utime which I can use for creating delays. Next, I defined the pins to which all the 4 relays are connected. The rest of the code is pretty straightforward. We check if any data is available on the Serial port then we read the serial port, decode the command, and then finally convert the command into a string.

Finally, we check every command which is received from the Android cell phone and then accordingly turn ON and turn OFF the relay. So, that’s all about the programming.

The final step is to save the code in the Raspberry Pi Pico board. Save the file with the name main.py.