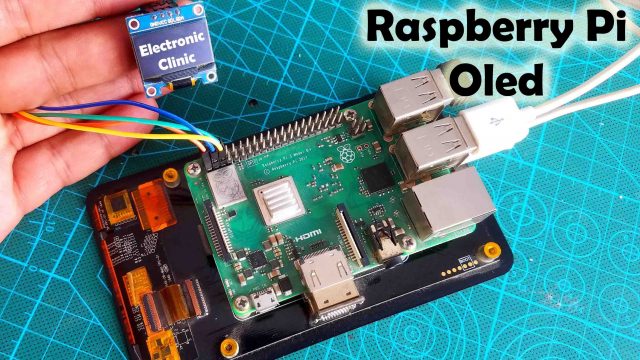 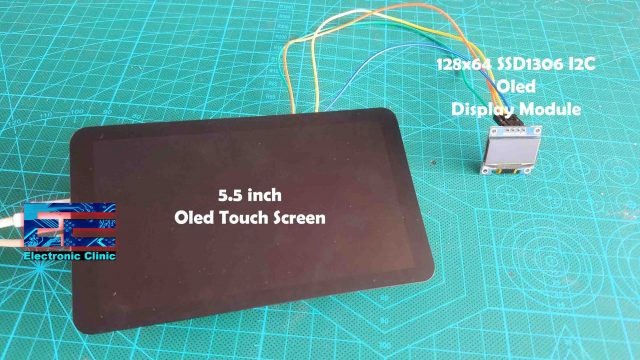 I have been using this 5.5 inch Oled touchscreen with raspberry Pi for quite a long time. But at times it seems quite impractical to use such an expensive display when working on small projects for displaying the temperature, Humidity values, etc. You can use this small SSD1306 I2C supported Oled display Module for displaying the Sensors values. I have used this Oled display module with Arduino boards, and with ESP32, and Nodemcu ESP8266 Wifi Modules. So, this is going to be a getting started tutorial and I am going to explain each and every step as this is my first time I am using this small Oled display with Raspberry Pi.

We will display some shapes using the program which comes with the library and then we will also write our own program to display the hello electronic clinic text on the Oled display Module. The reason I started with just a simple text is to make things simpler and easy to follow. Moreover, if you can display the text, then you can also display the Sensor values on the Oled display module. 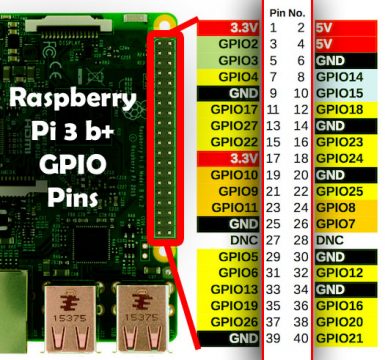 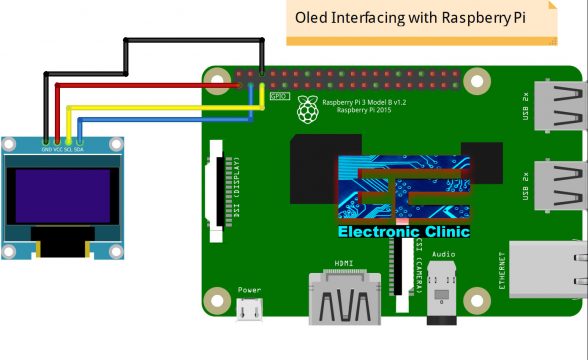 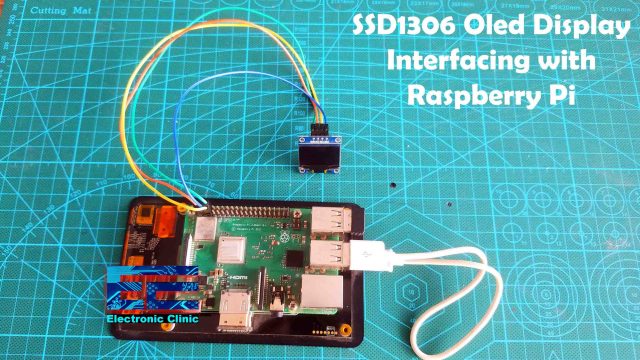 I2C set up on Raspberry Pi:

First you will need to check if the I2C bus is activated on your Raspberry Pi. Simply click on raspberry pi icon then preferences and then select the raspberry pi configuration. 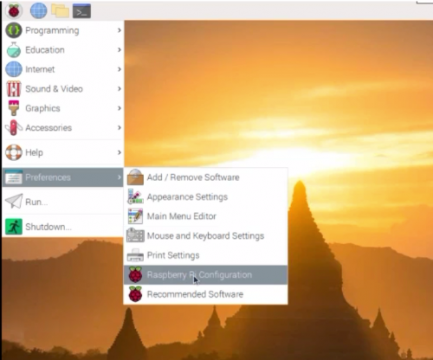 This will open the Raspberry Pi Configuration Window which has the System, Display, Interfaces, Performance, and Localisation tabs. You will need to click on the Interfaces tab. In the image given below, you can clearly see my I2C is already enabled. 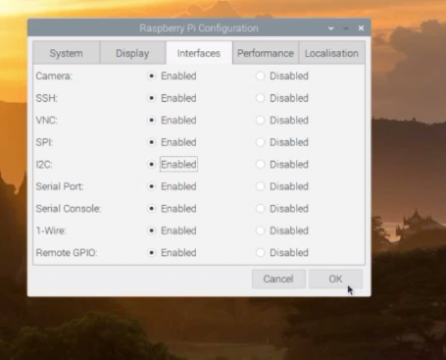 Second method for Enabling the I2C on Raspberry Pi:

This will open the Raspberry pi Software configuration Tool, scroll down and select Interface options. Use arrow keys on your computer or laptop to scroll down. 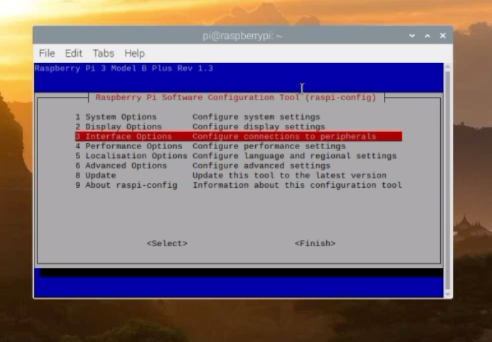 Over here you can see it’s already enabled. On your side if it’s not enabled then go ahead and enable it, and then you are all set. 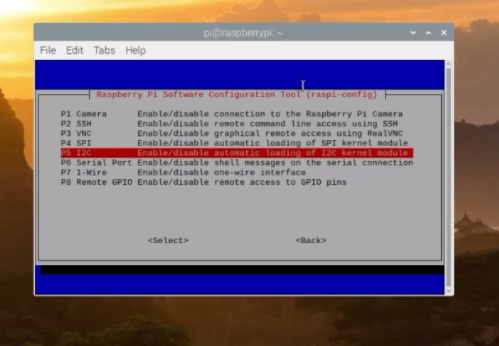 By pressing enter a confirmation message will show up so press yes. 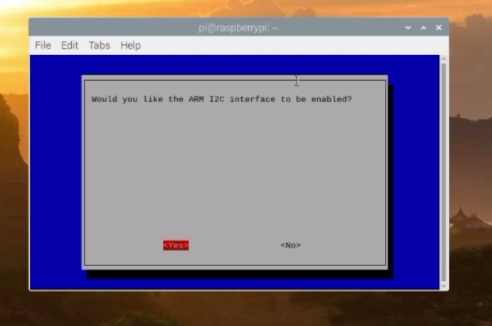 Now we will run different commands to update the Raspberry Pi and install the required libraries. 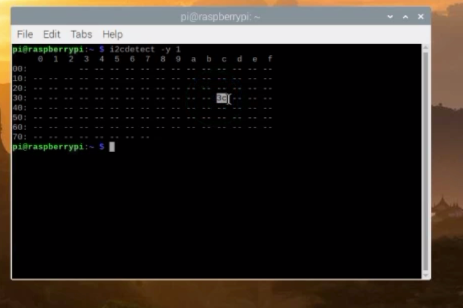 Then install the adafruit git repository using this command 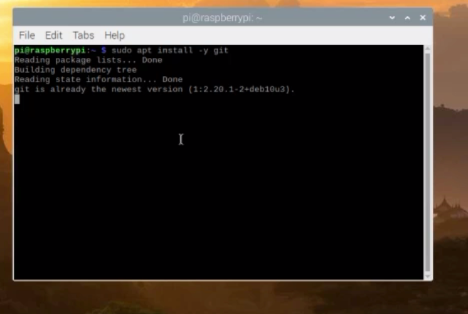 After installing the git repository then clone the repository with the help of this command:

Once the clone process is completed navigate to the library folder:

If you are using the python2 simply enter this command:

Or if you are using the python3 then enter this command:

Once you are inside the folder use the ls command to display all the files and folders. 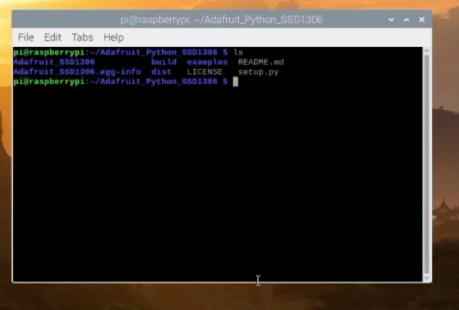 Again use the ls command to check all the files and folders. 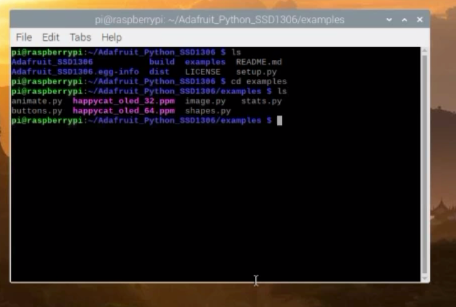 As you can see we have some example files with extension .py

Python shapes.py and then press enter 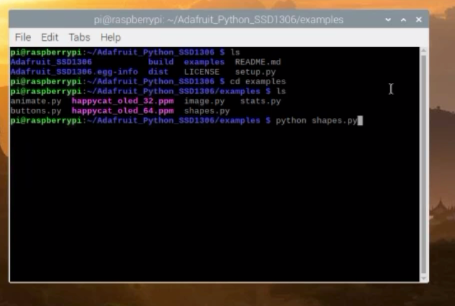 They will draw some shapes and the hello world text on the Oled display module.

Great our Oled display module is working with the Raspberry Pi. We did everything correctly. Now we can write our own code to display different texts on the Oled display Module.

I used the MU editor for writing the program, it doesn’t matter which editor you use. Use any editor which is currently installed on your Raspberry Pi.

This is a simple code which displays the Hello Electronic clinic! text on the Oled display module. 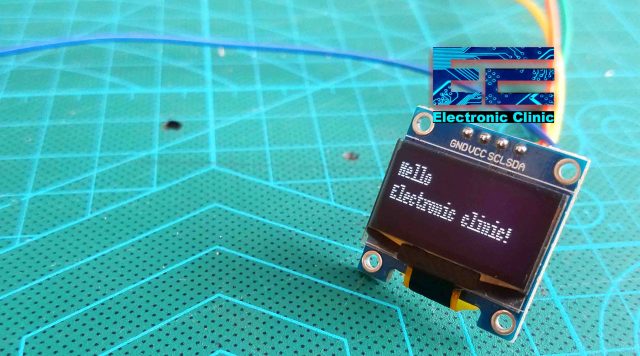 We did it successfully. This was quite easy don’t you think? Now you can use this Oled display module with Raspberry Pi for displaying temperature, Humidity, speed, light brightness, etc. You can display anything you want. Now, it depends on you for what purpose you are going to use this.