pH Meter Working Principle– I have been using pH sensor or ph Meter in different projects for measuring water quality. I used the pH meter with Arduino and NodeMCU ESP8266.

In these projects, I explained if the water under test is safe to drink. There are also other sensors that can be used for checking the water quality e.g. TDS sensor and Turbidity Sensor. I have also tutorials on how to use the EC and Turbidity sensors with the Arduino and other controller boards, some are given below if incase you want to check.

In my previous article, I explained the working principle of the Electrical Conductivity Meter. So this time I decided to explain the pH meter working principle, as I am planning to use both the Sensors in the Hydroponics system. While studying about the pH sensor working I come across an amazing video uploaded by Endress+Hauser YouTube channel.

In the case of glass electrodes that pH sensitive element is a glass bulb that is fused to the end of a glass tube. The electrode is filled with a neutral potassium chloride solution buffered at pH 7 and contains a silver silver chloride wire that forms the electrical connection. 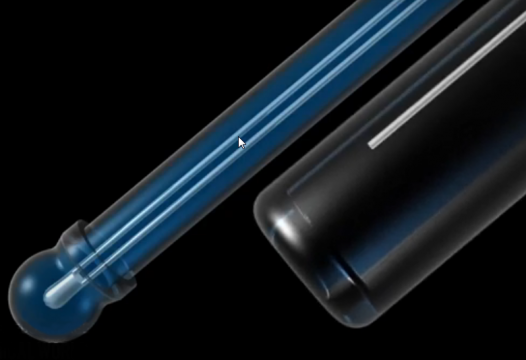 The reference system is located in the outer glass tube and also consists of a silver silver chloride wire in a potassium chloride solution. A so called Junction protects the reference system from the medium to be measured without disconnecting the electrical connection between them. 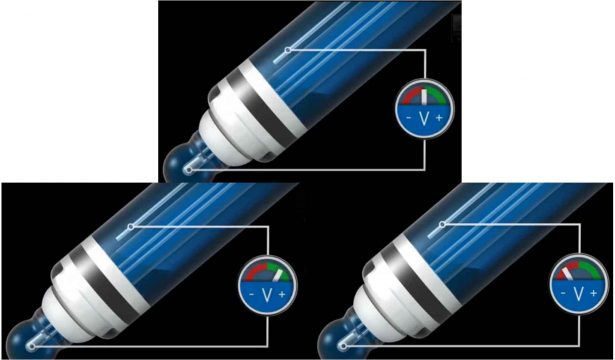 Diluted hydrochloric acid for example contains large negatively charged chloride ions and small positively charged hydrogen ions. when the pH sensor is immersed into this acid. The hydrogen ions are able to penetrate the boundary area of the glass membrane the so called gel layer. The considerably larger chloride ions remain in the solution the result is a charge separation. The same process occurs on the inside of the sensor with the neutral solution buffered at pH 7 that has a constant concentration of hydrogen ions.

PH measurement with non glass sensors is based on so called ion selective field effect transistors short ice FET. They use a mass transistor arrangement which contains a pH sensitive layer instead of a metal gate.

Positive hydrogen ions forming at this layer caused the charge to be separated on the other side as a result the area between source and drain becomes conductive. 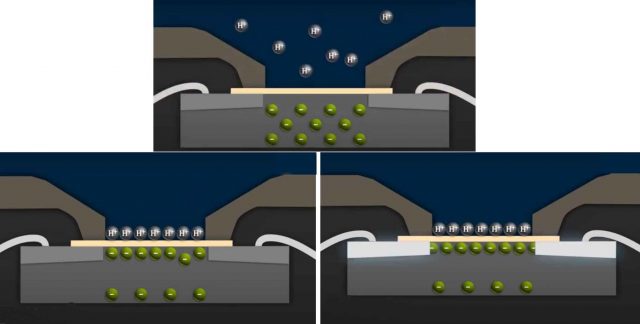 The resulting flow of current is in direct proportion to the pH value of the medium.

Just like the glass sensors the ISFET sensor also needs a stable reference potential the potential that forms at the ISFET can then accurately be measured against it the reference system is also protected from the measured solution by a so called Junction. 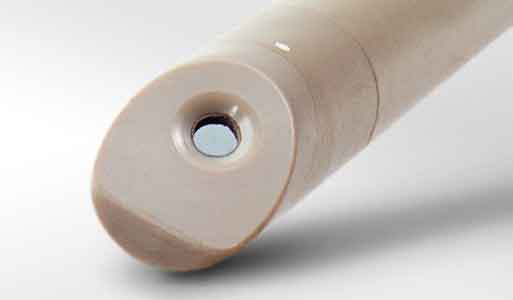